After serving as county commissioner since 2016, Ashley Morgan is seeking a second term of office.

He will face former county commissioner Peter Asciutto and Leon Warren in the Republican primary March 3.

Born in the Endy area, Morgan graduated from West Stanly High School. He later received a bachelor’s degree in aviation business with a concentration in marketing in 2003 from Embry-Riddle Aeronautical University in Daytona Beach, Fla.

Morgan has a sales company and invests in rental properties throughout the state. 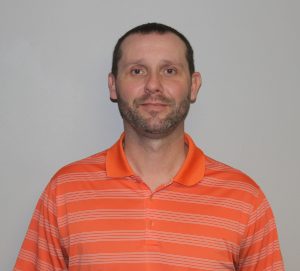 Ashley Morgan is running as the incumbent for Stanly County Commissioner District 5.

Though he enjoys meeting people, “before I got into politics, I was deathly afraid of public speaking,” Morgan said. Speaking in front of a crowd of people initially made his body sweat and his knees shake, but he’s learned to face his fears.

The hardest thing for Morgan about being commissioner has been knowing he can’t please everyone.

“Somebody is going to be mad at you no matter what decision you make,” Morgan said.

Looking back at his time in office, Morgan said he’s most proud of helping lead the effort to file a lawsuit against Union County after it signed a deal with Norwood to pump water from Lake Tillery. He felt it was a bad deal because the county got left out and received no money.

“I felt that every citizen of this county should be benefiting and not just the citizens of Norwood,” he said.

He’s also proud that the commissioners created a surplus user charge for out-of-county residents to utilize the county’s water. The money raised from the charge will be set aside to expand county residents’ access to water.

Morgan also plans to again fight this year to lower the tax rate.

“My belief is government should tax as little as need be,” he said. “I believe we should be good stewards of the taxpayers money and we should be able to operate the government with less and still provide the same level of services that people are accustomed to.”

Besides lowering the tax rate, he also wants to increase water access to people in the county and expand the county airport. He said he’s traveled twice to Washington, D.C. to speak with Rep. Richard Hudson to advocate for the airport.

He would like to build additional hangars at the airport because the more planes that fly into Stanly means more tax revenue the county receives.

“We have probably the nicest small airport on the East Coast,” Morgan said.

He also wants to see more job growth, but said he understands the balance between growing the county while also maintaining traditional close-knit rural communities.

Though Morgan has had several charges when he was in his 20s, he said it hasn’t affected his ability to make decisions as a commissioner.

“My history has never affected how I’ve done this,” Morgan said. “My history was there before I got elected.”

His most recent boating while impaired misdemeanor charge last summer on Lake Tillery was dropped this month thanks to testing results showing his blood alcohol level was below the legal limit.

When asked if he’s an alcoholic he unequivocally said, “absolutely not.”

Morgan said he has learned from his mistakes and he’s moved on.

He said voters should support him because he has been true to his word.

“Everything I said I wanted to do…I have held my end up,” he said. “I believe I have been one of the most conservative members of our county commissioner board since I’ve been on. I’ve fought hard for our county and for our residents.”