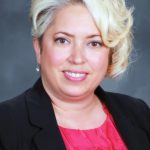 with almost $3 million in total investments made.

“Five building facades were redone, and a complete rehabilitation of one building was completed,” she said. “In addition, three other public improvement projects were finished.”

A matching grant program provides up to $1,000, matched dollar for dollar by businesses, for improvements to signage, storefronts and landscaping, and is administered by the Main Street program in conjunction with Albemarle City Council and the Albemarle Downtown Development Corporation.

Almond also noted that nearly $3 million, both public and private, have been invested in the city’s downtown district.

A small increase in employment numbers among downtown businesses also took place during 2019.

“Although 13 full-time jobs were created, 10 were lost,” Almond said.

“We also had a net loss of one part-time job,” she said, citing that while five new part-time slots were gained, a total of six others were dropped.

This virtually flat employment trend reflected the business fortunes of the downtown district as well, with a total of eight new business openings and one expansion, countered by a loss of six firms.

“Volunteers provided 351 hours of service to us in 2019, and at the estimated value of $24.19 per hour in North Carolina (according to independentsector.org), this amounts to $8,491 of donated labor,” she said.

For further information on the Main Street Program, visit the Albemarle Downtown Development website at www.albemarledowntown.com or call 704-984-9415.