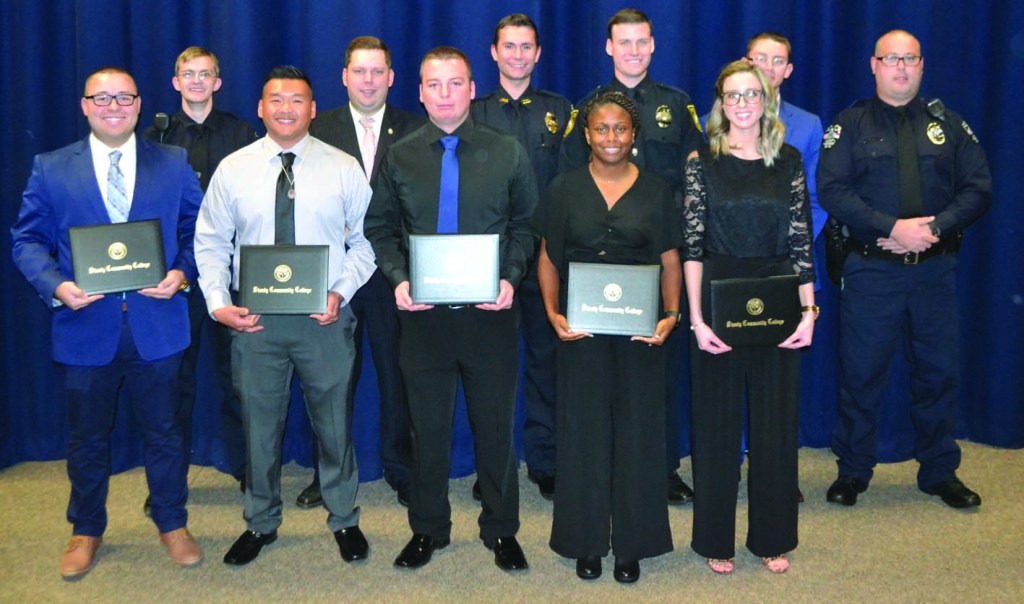 N.C. House Rep. Wayne Sasser was the keynote speaker during the ceremony. He thanked the graduates for choosing a noble profession and wished them much success as they begin their careers in the law enforcement profession.

Additionally, Enamait noted that the graduates had a 100 percent pass rate on the state exam.

“Respect is at the heart of all law enforcement,” he said. “We appreciate the sponsoring agencies and the students who were determined to persevere through their training. Congratulations to all our graduates and best to all in the future.”

Ansley M. Burkhalter, a BLET student, was the class speaker for the ceremony. Burkhalter was sponsored by the Concord Police Department for his training.

The BLET program is designed to give students essential skills required for entry-level employment as law enforcement officers with state, county, or municipal governments or with private enterprise.

For more information about the next BLET program, call Christi Almond Buchanan at 704-991-0269 or email at cbuchanan5263@stanly.edu.