Sunday was a horribly tragic day. One of my heroes died in one of the worst ways imaginable.

NBA legend Kobe Bryant, along with his 13-year-old daughter Gianna and seven others, were killed in a helicopter explosion in Southern California. He was 41. 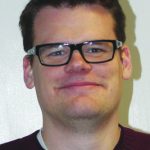 After crying for much of the day, I went to bed with a small headache and a gnawing, empty feeling in my stomach. As I write this column, I’m doing my best to keep more tears at bay. My thoughts, prayers and warm wishes are with his family and the families of the other people who perished.

This is a loss not just for sports, but for all of humanity.

Kobe “Bean” Bryant was a global citizen. He spent his childhood in Italy and spoke multiple languages, and was adored by millions of people around the world. As a basketball player, the Black Mamba, as he was referred to, spent 20 years as a Los Angeles Laker, regularly dazzling audiences with his scoring prowess and his indomitable will to win (which he called his Mamba Mentality). He won five NBA championships, along with two Finals MVPs, one regular-season MVP and two Olympic Gold medals. He was also an All-Star 18 times, second only to fellow Laker Kareem Abdul-Jabbar. He is largely regarded as one of the greatest players in NBA history.

Though I never had the pleasure to meet Kobe, I did have the privilege to watch him play on two occasions. One of my favorite sports memories is watching Kobe play his last game against the Charlotte Hornets in 2016 as part of his year-long farewell tour. The Queen City always played an integral role in Kobe’s sports story because the Hornets drafted him 13th overall in 1996 before he was quickly traded to the Lakers.

On the court, Kobe was a ruthless assassin, who always wanted to take the clutch shots late in games (and seemed to usually make them). He was also so graceful and fluid with his movements; as other players dribbled the ball, Kobe danced with it. He had more basketball moves in his arsenal than probably any other player of his generation. He once scored 81 points in a game 14 years ago this week and scored 60 or more points six times, second only to Wilt Chamberlin.

He was always prime-time television. As a kid, I would stay up late to watch a Lakers game, just to be able to watch greatness at work. I still have so much joy remembering his two final NBA championships, when he helped the Lakers defeat the Orlando Magic in 2009 and the rival Boston Celtics in 2010.

While so many people grew up wanting to be like Mike, myself and so many others wanted to be like Kobe. He was our generation’s Michael Jordan. As a kid, I loved going outside to practice the Kobe Bryant famous mid-range jump shot.

Everyone seems to have been impacted by his loss. From former presidents to athletes of all sports to fans around the globe, everyone took to social media to grieve and share their favorite Kobe memories.

“There’s no words to express the pain I’m going through with this tragedy of losing my niece Gigi and my brother,” his former teammate Shaquille O’Neal wrote on Twitter.

“Words can’t describe the pain I’m feeling,” said Michael Jordan. “I loved Kobe — he was like a little brother to me.”

After he retired from the NBA in 2016, Kobe still dominated — except in other arenas. He won an Academy Award in 2018 for his animated short film, “Dear Basketball,” based on a letter he wrote about his retirement and love for the game. He even got legendary film composer John Williams, arguably most known for his “Star Wars” film scores, to compose the music. “You asked for my hustle, I gave you my heart,” he said in the film.

He also launched a venture capital firm and wrote a series of popular children’s books. The dude just never stopped or was content to rest on his laurels.

Perhaps most important of all, Kobe was a family man. He was married to his wife Vanessa and had four daughters. His youngest daughter, Capri Kobe Bryant, was born last year. She will grow up likely never knowing her father, which is absolutely devastating.

He spent the last few years of his life as a devoted father, helping to coach Gianna and her friend’s basketball team. Kobe’s Instagram account was teeming with videos of him interacting with his daughter and her friends on the court and I always smiled whenever I watched them.

Kobe had a lifelong commitment to achieving greatness and that drove him to never settle for anything less than his absolute best. If he was going to commit to a goal, he was going to give it his all — and then some.

The legends in any field or sport never really die — their legacy of excellence lives on within all the people they’ve inspired.

While this loss hurts and will continue to hurt for quite a while, all I can say is thanks, Mamba. Thanks for the memories and for inspiring so many of us to try our best to achieve our own personal greatness, whatever that may be.

Kobe could soar and fly on the basketball court. The only rationale I can possibly think of is that, as great a once-in-a-generation talent as he was, this world could simply not contain him. On Sunday, he didn’t fall from the sky; he soared to even greater heights.