ELECTION 2020 PRIMARY: With emphasis on education, Lowder running for third term as commissioner

After serving two terms in the past, Jann Lowder of Albemarle is running to seek a third term as a Stanly County commissioner. She filed to run as an At-Large candidate.

She and her husband Gary operated the interstate trucking company TKG Transport, Inc. for many decades. She retired in 2008 and has three children: Tandy Carpenter, Ginger Efird and Kelly Lowder. 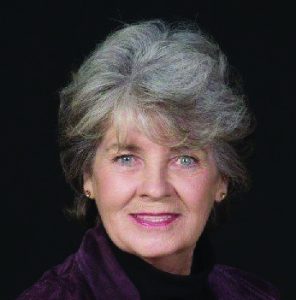 During her time operating TKG Transport, and raising three children, she had “crazy hours” with customers all across the country.

“My phone was subject to ring at anytime,” she said, adding she was available 24/7.

Since she worked long hours, Lowder watched a lot of news programs including “Nightline” and it had an impact on her.

“I really got so involved in what was going on around the world and I became very involved in local politics,” Lowder said. “I worked in the trenches from the ground up.”

Lowder also became involved with helping the school system. She helped to spearhead an effort to raise money to buy new uniforms for the South Stanly High School band.

In the early 1990s, she was asked by several leaders in the community to run for the N.C. House of Representatives for districts in Stanly, Montgomery and Anson.

During her time on the board, Lowder was focused on education and making sure Stanly County Schools and Stanly Community College were attractive to prospective businesses looking to relocate to the county.

As a fiscal conservative, Lowder said she also emphasized making sure money was properly allocated to the departments throughout the county that needed it the most. She would ask questions to county department heads as they approached the board seeking money during budget workshops.

Lowder was the only female on the five-member commissioner board during her first stint and again during the seven-member board from 2014 to 2018.

“I think I had an influence,” she said.

She said an elected body should do the best it can to reflect the the demographics of the county.

“If we’ve got five commissioners, why shouldn’t we (females) have at least two seats. If we’re seven members, maybe we need three seats,” Lowder said.

Lowder is running with a focus on helping the school systems in the county. Though she doesn’t know what their specific needs are, she said “we have to build the toolbox and put those things in there that they can reach for to make everything better for the students, for the teachers, for the administration.”

Lowder wants to help work on the budget again. She is an advocate for being as transparent about the budget process as possible so citizens know where their tax dollars are going.

She said she can’t compare Stanly County with any other place in the country.

“There’s nobody like Stanly County people, no matter where you go,” Lowder said. “It’s the best place to be.”

Investigation into Morgan Chair fire turned over to state investigators