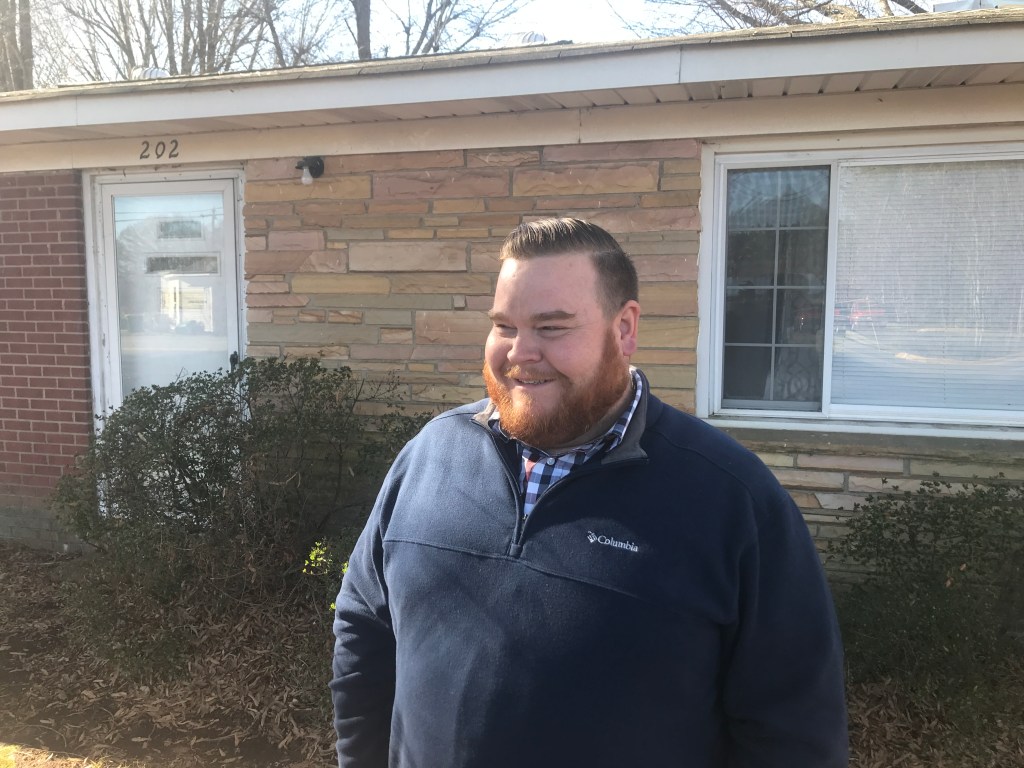 Larry Wilkins opened two sober houses in 2018 in Locust. A third house will be ready soon.

After about seven years serving as pastor at a nondenominational church in Albemarle, Larry Wilkins decided to change paths in 2017.

He wanted to find a more substantive way to help those in the community — especially those struggling with the opioid epidemic that has already affected so many.

“As a pastor you deal with a lot of demographics, a lot of different people and situations,” Wilkins said. The people struggling with substance abuse in the county “needed more than an occasional counseling session or an occasional sermon. These folks needed a place to live.”

“There was actually a need in our community to have a greater impact with these men than what the current church model could provide,” Wilkins said.

Originally from Kalamazzo, Mich., Wilkins, 40, left his full-time position as pastor and decided to become a certified substance abuse counselor, which he described as “new territory.” He still is a pastor and gathers with a small congregation for worship in a private home each Sunday.

He spent two years as a lead counselor at Bridge to Recovery’s treatment program in Monroe. Bridge to Recovery is a faith-based, clinical addiction resource center that has short-term sober housing facilities in Oakboro and Stanfield.

During his time at BTR, Wilkins met in small groups with men in treatment. He taught them the clinical and spiritual aspects of recovery.

He said despite his lack of technical training, becoming a substance abuse counselor involves “understanding human behavior which is a broader field than just addiction” and includes “hearing what people are saying and sometimes hear what they are not saying” and being empathetic.

Wilkins said his time as a pastor — where he met a variety of people and often provided counseling — also helped him in his new profession as a substance abuse counselor.

After receiving enough hours of supervised work experience with BTR, Wilkins became a certified substance abuse counselor. While working at BTR, he created his own non-profit group Gateway of Hope Addiction Recovery Center, with plans to eventually open a long-term rehab facility for people in Stanly currently in treatment.

Wilkins opened his first sober house in Locust and about six months later he opened his second also in Locust. He said they are the only two sober houses in the county. Though Gateway of Hope doesn’t own them, the houses were given to the organization to use rent-free.

He officially left BTR at the end of August when Gateway of Hope received roughly $250,000 of a $1 million federal grant awarded to the Health Department from the Health Resources and Services Administration, an agency of the U.S. Department of Health and Human Services. The money is going to be used over a three year period of time for the sober houses.

The windfall allowed Wilkins to expand his organization’s capabilities including repairing the houses and including more people — there are now a total of 10 men, five in each house. He is planning on opening a third sober house in Locust, which he acquired a few months ago, around spring of next year.

The grant money has also allowed Wilkins to work full-time for Gateway of Hope, which has allowed him to network with similar recovery communities across the state.

In order to live in the houses, the men — the youngest is 18 and the oldest is in his 60s — are required to work a 9-to-5 job, pay $125 per month and attend four meetings, including a Bible study, in the evenings each week. “We give them a safe environment where they can land here, we give them a little bit of structure but enough freedom to make their own choices, too,” Wilkins said.

Even though he gets an average of around ten calls a week from people looking for a place to stay, he said as of now, five people is the maximum number for each house.

Wilkins visits the two houses daily and conducts the meetings. His three children have also gotten to know the men and he has gotten to know some of their families.

Wilkins still has plans on opening a long-term rehab facility where people can stay for around eight to 12 months. He purchased a 26-acre property in New London next to the old Pat and Mick’s Fish House. He would like to have at least two buildings, which would house up to 24 people, with room to grow. He is putting together plans for the development of the facility, though no timetable has been set on when it will be built. He said the project will cost around $800,000.

As Wilkins has worked with people struggling with substance abuse over the last several years, he has learned many valuable lessons.

“If I’ve learned anything it’s that we’re all the same and we really all have similar struggles just because we’re humans,” he said. “And someone who struggles with addiction isn’t a worse person than I am.”

In helping to care and provide shelter and safe space for some of the county’s most vulnerable people, Wilkins said he thinks of himself more as a pastor now than he ever was before.

Legacy Sober House’s tagline is “Recovery that reaches the next generation,” something that Wilkins holds dear. By helping the men in the sober houses, Wilkins is also helping their families and friends.

While addiction can do damage to an individual and his or her family, it can also impact the next generation.

“I really wanted the guys to have that mindset of we’re all going to leave a legacy of some sort, every one of us does, but it’s kind of choosing for yourself what kind of legacy do you want to leave,” he said.

For more information about Wikins or his work, people can visit the Legacy Sober House on Facebook. They can also email him at stanlyrecovery@gmail.com.