Group collects, cuts out coupons to send to military overseas 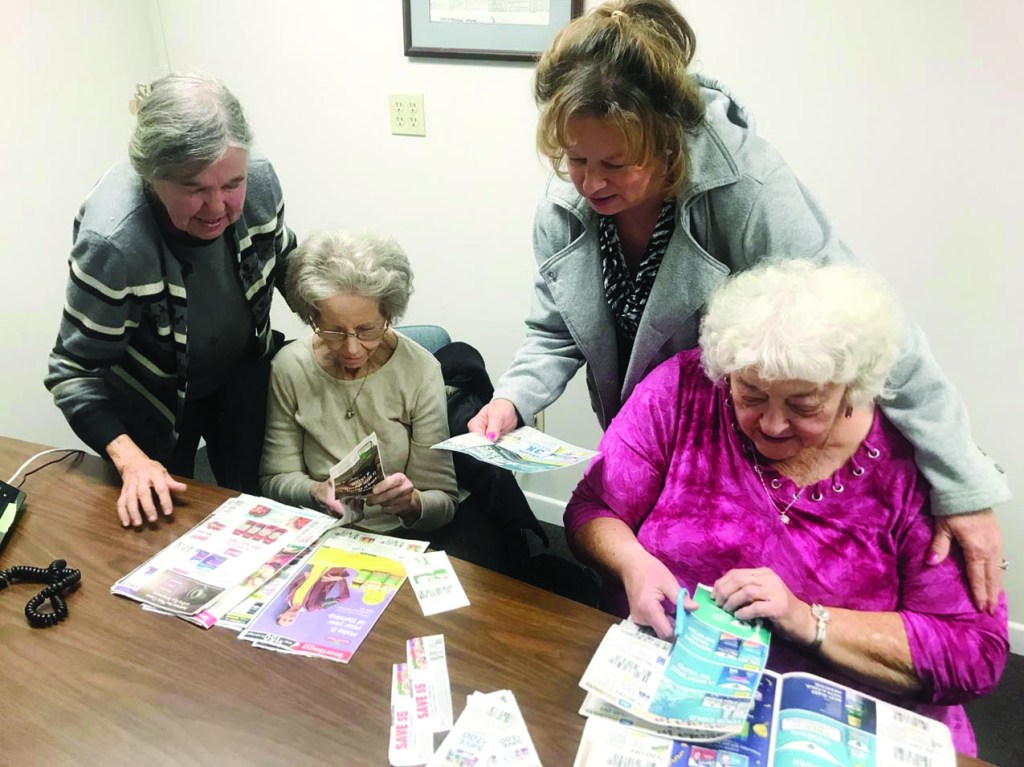 Over the last several years, hundreds of people in the county have been working to collect and cut coupons for military personnel overseas.

Joyce Whitley and Judy Helms are part of the Disabled American Veterans Auxiliary. Sending coupons to the military is one of their projects. Helms collects, cuts and sorts the coupons while Whitley is responsible for identifying American military bases overseas and sending the coupons.

Though not part of DAV, Marilyn Tucker and Jo Hatley help coordinate with local churches to collect and cut coupons from magazines and newspapers. Tucker said about five or six county churches are involved in a community fellowship club.

Each person has a role. Some, like Tucker, collect coupon books to distribute, while others, like Hatley, are focused solely on cutting out the coupons.

The coupons are sorted into different categories before Whitley sends them to countries such as Germany and Turkey.

“It started as ‘what can we do to help other people?’ ” Whitley said.

The ladies either cut or collect coupons most days of the week. Helms spends roughly 50 to 60 hours or more cutting coupons per week. The ladies estimate they cut thousands of dollars worth of coupons each week. They will even call each other to discuss what coupons are in the newspaper.

They pick up magazines wherever they can find them around the county. Each week, several ladies buy multiple newspapers from The Stanly News & Press for the cause.

Each person has their own strategy. Helms, for example, collects many copies of the same magazines and coupon books. She matches identical pages together and then cuts all of the coupons out at one time.

Sending military soldiers coupons “is just a little thing that we can do to ease their burdens,” Hatley said. “They need all the help they can get and that is something we can do that costs us nothing and that means the world to them.”

Collecting the coupons and cutting them out of magazines gives the people, many of them senior citizens from local churches or nursing homes, an extra sense of purpose knowing they are helping others, Tucker said.

Helms has a relative who works at the hospital who saves coupon books that might otherwise get disposed and gives them to her every couple of months. Helms says she has between 50 to 100 coupon books that her relative has given her. She has other friends that also give her coupons. Whitley also receives an envelope filled with coupons each week from a woman in Mooresville.

Hatley said they also cut out and send coupons for Boost, a nutritional drink, to patients at the the Levine Cancer Institute in Albemarle.

Tucker said two military couples from her church, Salem United Methodist along N.C. Highway 73 in Albemarle, had used the coupons, but they did not know where they originally came from.

Whitley received a letter from soldiers serving in Turkey thanking her for the coupons.

Hatley cuts coupons in memory of her stepson who died in 1971 in Vietnam. She considers the exercise of cutting the coupons to be therapeutic.

“I just feel like it [cutting and sending coupons overseas] honors him because he was in service,” Hatley said. “Anything that I can do that lightens the load of any of our service men and women, I’m willing to do it as long as I can.”