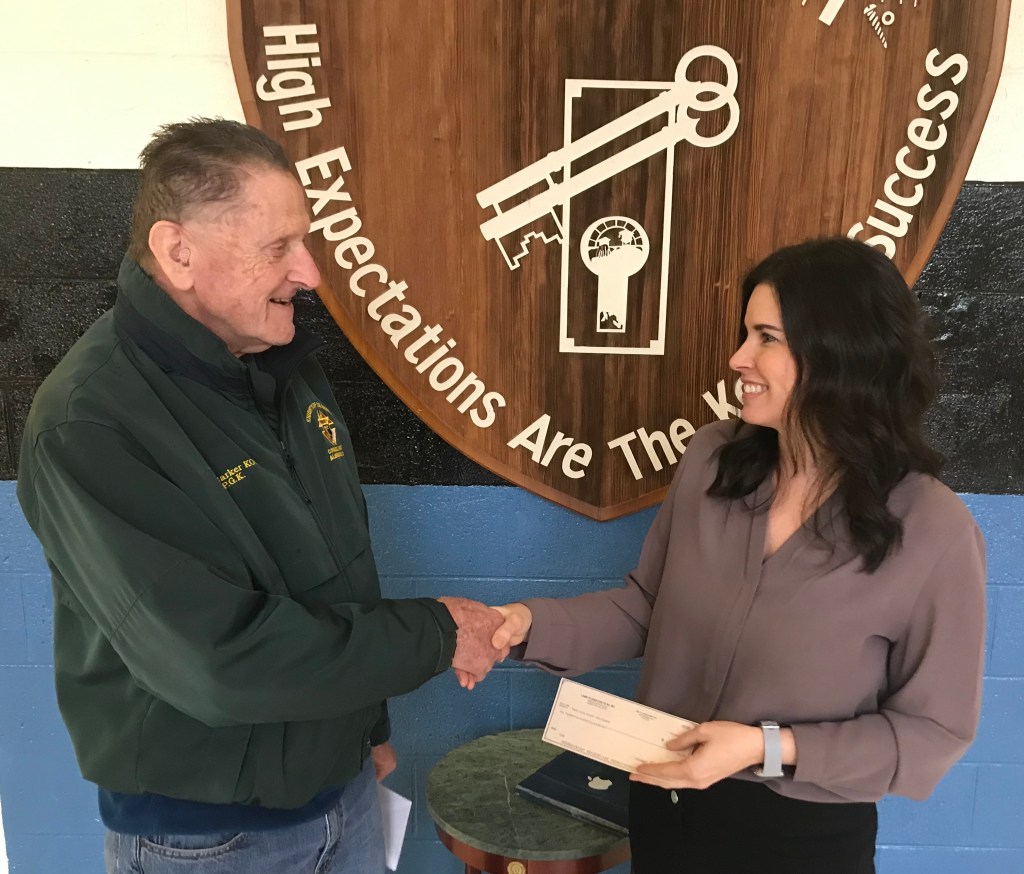 “This is amazing,” Speights said after receiving the check. “With donations from the community and organizations like the LAMB Foundation, we’re working to build a lending library to support our students with disabilities.”

In her role as support specialist, Speights said she has the opportunity to help create tasks and activities that are unique to each individual learner.

Originally created in 1960 by William “Bill” Scott, a member of the Knights of Columbus who had two children with disabilities, the LAMB Foundation has grown to include more than 16,000 members, according to the group’s website.

Aside from the school system, Barker’s local chapter of the Knights of Columbus, Council 10495, has contributed to other local organizations in the area including Special Olympics, Monarch, Life Span and GHA Autism Supports.