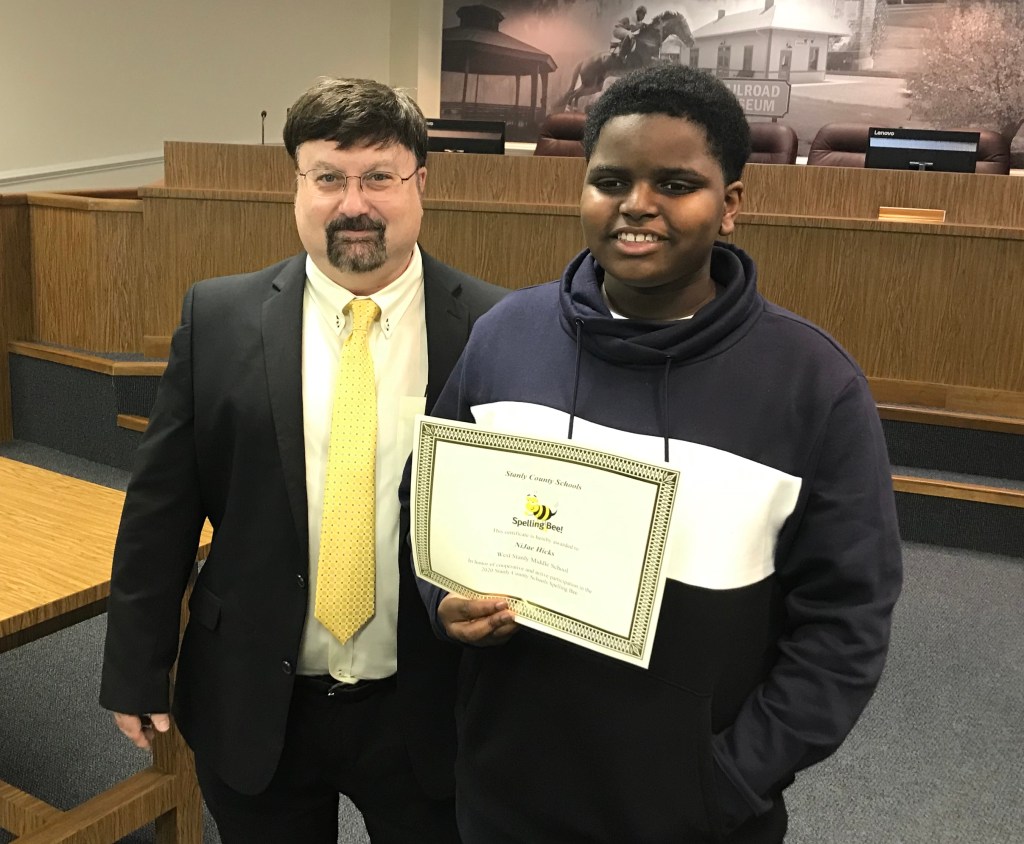 After a tense 11 rounds of spelling, NiJae Hicks, an eighth-grader at West Stanly Middle School, emerged as the last student remaining out of the 16-person field during the Stanly County Schools Spelling Bee. He correctly spelled the word “duopoly” to secure the victory.

The young wordsmiths were met with an array of challenging words, including “dawdle,” “boorish,” “arborio,” “fabulist” and “firmament,” to name a few. 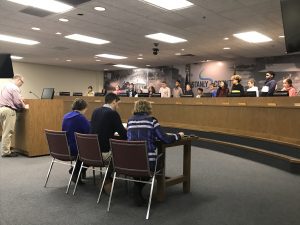 The students prepare for the beginning of the spelling bee.

“I’m still kind of in shock right now,” Hicks said. “I never actually expected to win. I knew I was going to get here — I figured I was going to be at least top five, but I never expected I’d actually win.”

Hicks, 13, said he practiced several times a week for months to prepare for the competition.

He will be congratulated and acknowledged for his efforts during the next Stanly County School Board meeting in March.

“He did a great job,” Superintendent Dr. Jeff James said about Hicks. “He spelled some words that would be difficult for me to spell.”

“The excitement in the air was neat today,” James said. “These kids enjoy this, it lets them get to show off what they’ve learned.