Montgomery County resident and attorney Scott Dunn, who has entered the race for a newly-created Superior Court seat in NC Judicial District 20-A, cites his experience with civil and criminal court cases, as well as his background as an arbitrator and mediator, as advantages voters should consider when they head to the polls March 3.

Dunn will face Patrick Nadolski, an assistant district attorney for Montgomery County, in the race for the judicial seat. 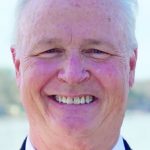 A graduate of Eckerd College and the Stetson University School of Law, Dunn and his wife Rebecca moved from Asheboro to Montgomery County in 2018, having been part-time Montgomery residents since 2000. But despite his strong ties to Asheboro, he is no stranger to District 20-A (Stanly and Montgomery counties).

“I am a sole practitioner with an office located in Asheboro, but I have helped many clients in Stanly and Montgomery counties,” said Dunn, who has practiced law for the past 28 years.

“I received my license in North Carolina in March 1991, and have practiced as both a civil and criminal attorney since then,” Dunn said. “I am also a mediator and an arbitrator. If I am working as an arbitrator, I must make decisions about cases that appear in front of me, like a judge.”

Dunn cited his experience in working with the juvenile justice system.

“I am a Guardian ad Litem Attorney Advocate, and I am also the children’s attorney in cases where they may be abused and/or neglected,” he said.

While Dunn identifies as a political conservative, he asserts the responsibility of a judge is to apply the law as written, and pledges to do so if elected.

“Many people complain about judicial legislation — the act of a judge making law. I will not make law,” he said. “That (lawmaking) is the job of the legislature. I will follow the U.S. and N.C. constitutions and laws, will listen to the facts of the case and will apply the law impartially. I will be independent, impartial and respectful to all who appear in my courtroom.”

Should he be successful in his election bid, Dunn said he intends to hit the ground running.

“I am qualified to take this seat and ready to begin work on day one,” he said, citing his courtroom experience in civil and criminal cases as a key factor.

Dunn was an active community member while in the Asheboro area, having served on the board of trustees for the YMCA and non-profit organization Wake the World, a foster care recreational program. He has also served on the board for Central United Methodist Church (Asheboro), Red Cross, Hospice and the Asheboro Youth Soccer Club. He served as a Scoutmaster for eight years and as a soccer coach for more than 20 years. He has been married to Rebecca, a retired teacher, for the past 35 years, and they have two adult children.