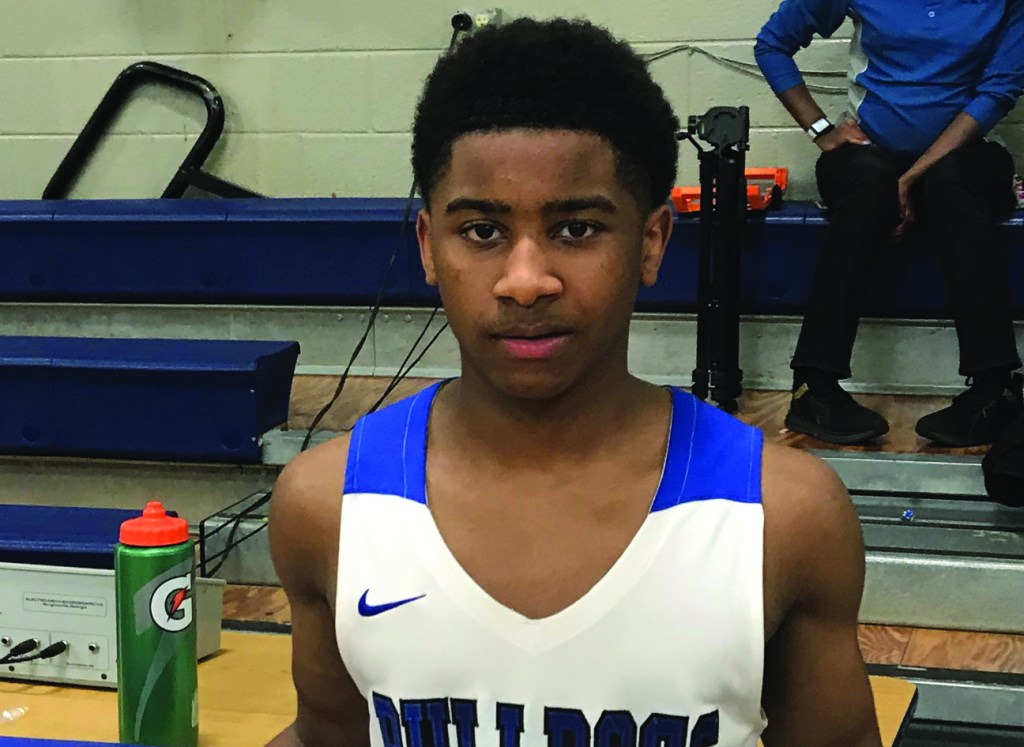 Wednesday was senior night at Albemarle High School, but a sophomore stole the show.

Eighteen seconds into the third quarter, Bulldog point guard M.J. Raye swished a 3-pointer from the left wing to account for points 998, 999 and 1,000 of his less-than two-year stint on the AHS squad.

As his teammates mobbed him, an immediate timeout call was made by Raye’s head coach/father, Mark, allowing time for a brief ceremony during which M.J. was presented with a plaque and an encased game ball.
Raye’s 3-pointer ignited a 12-2 run by the home squad, and blew open what had been a close contest throughout the first half, paving the way to an 87-73 AHS win.

Raye tallied 39 points on the night, two short of his all-time high (41 in a 2019 game with West Stanly). Hewas reserved and humble when asked after the game about the 1,000-point milestone.

“I’m really thankful for my teammates,” he said. “They’ve been really supportive.” 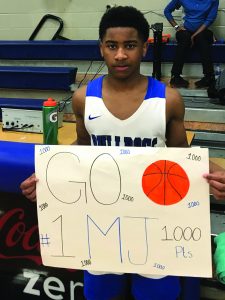 The tenth-grader also had high praise for his family, many of whom were on hand to witness the achievement.

“They’ve believed in me and stood by me all along,” Raye said. “And they pick me up when things don’t go well.”

As for playing for his father, the younger Raye said, “Love him! He pushes me to keep improving, to get better.”

And with 1,000 points in less than two full seasons, does the sharpshooting guard see 2,000 as a possibility?