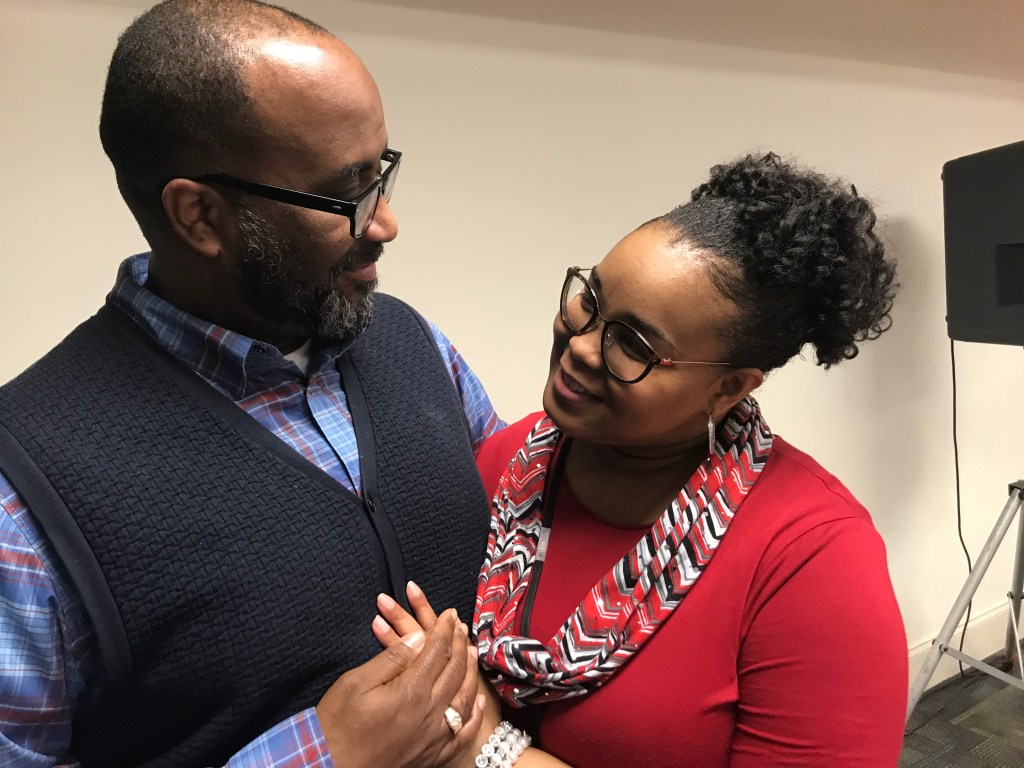 Brian and Karissa Johnson, who have been married for three years, have attended the Valentine's Ball for the last three years.

A genuine feeling of happiness and love permeated throughout the E.E. Waddell Center Thursday night during the annual Senior Valentine’s Ball, where people 50 years and older congregated for food, fellowship and memories.

Around 140 people attended the event, which has been a mainstay in the community for 24 years, according to Billy McRae, community center supervisor. They enjoyed a meal of chicken and green beans, had the chance to dance along a red carpet in the center of the room and left with candy hearts and roses.

“It means a lot to me to do this each year because a lot of times people forget about our seniors and they are the ones that paved the road for us,” he said.

Brenda James-Stanback, who helped organize the event, said many times seniors simply don’t have the opportunities to get out and enjoy themselves, which is why the Senior Valentine’s Day Ball is so important.

New London residents Larry and Lola Pemberton, who have been married 15 years, were convinced by friends to attend the event for the first time.

For Larry, Valentine’s Day represents “the love that the Lord has for all of his children…which is a love we should have all year long.” 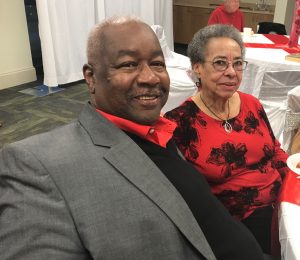 Larry and Lola Pemberton have been married for 15 years.

Donna and Bill Izquierdo, of Locust, have been married two years and this was also their first time at the event. They said it was something they could do together to celebrate Valentine’s Day.

When asked what the holiday means to them, Donna said it simply means “love.” 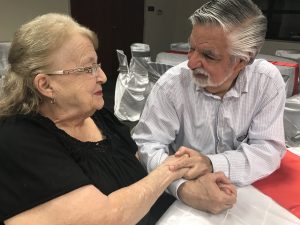 Donna and Bill Izquierdo have been married for two years.

Local clergy/Christian counselors Brian and Karissa Johnson, who live in Albemarle, have come to the event for three years, which is also how long they’ve been married. They come to the event to celebrate a love not just for each other, but for others in the community as a whole.

Others were in attendance to celebrate different kinds of love, besides the romantic. 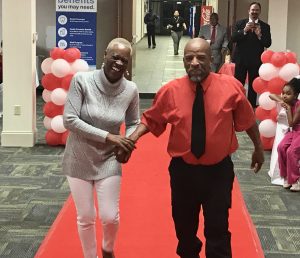 For Brenda Spencer, the Senior Valentine’s Ball was a reunion. It allowed her the chance to see friends she hasn’t seen in quite some time.

“I’ve seen a lot of people tonight that I haven’t seen in a long time,” she said.

She usually comes to the event with her husband of 48 years Howard, but he was not in attendance because he was was feeling under the weather.

Three of the people in attendance were honored for their longevity — Theodore “Bo” Ingram, 91; Alice Davis, 92; and Ollie Shankle, 95. 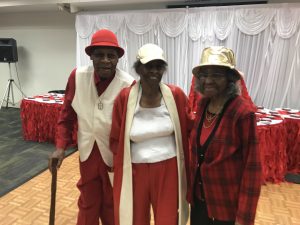 Theodore “Bo” Ingram, 91, Alice Davis, 92, and Ollie Shankle, 95, were honored during the event.Shankle, who is from Norwood and was attending for the third time, was with her daughter, Vonnell.

The event “means fellowship, being with other people and loving one another,” Shankle said.