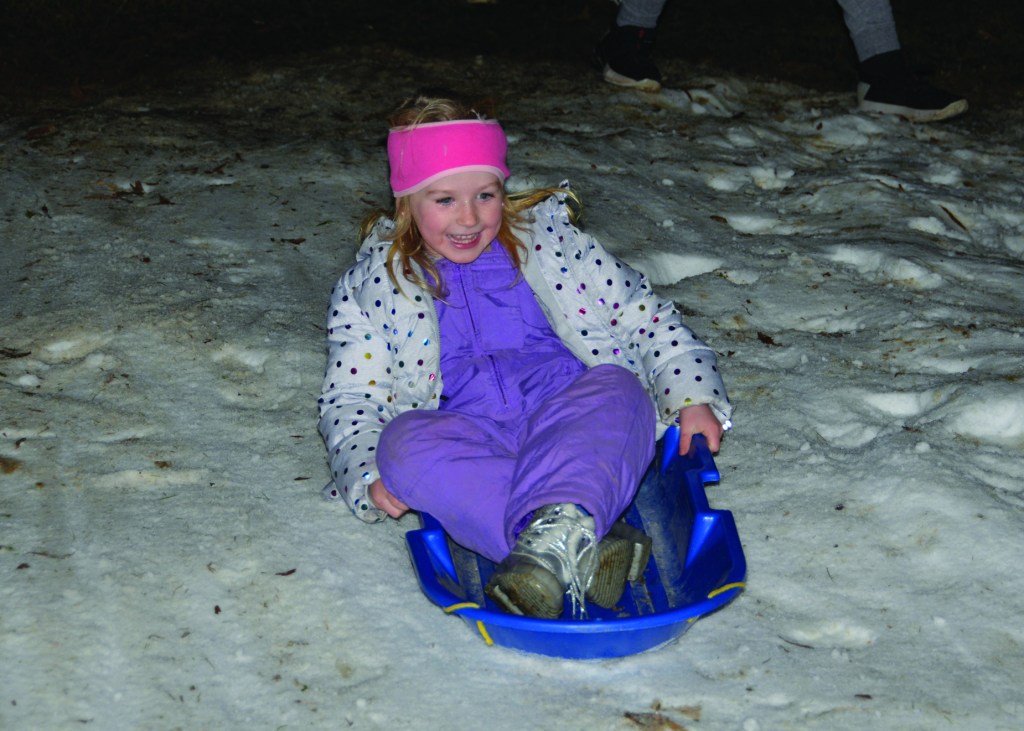 Guests enjoyed sledding down a large, icy hill, visiting with Queen Elsa, checking out food trucks and more during the Winter Wonderland in Darrell Almond Community Park in Norwood on Saturday evening.

Riley Stirewalt, 11, of Gold Hill visited Winter Wonderland for the first time over the weekend with her mother, Natalie Rowland, and two other children. She broke two sleds going down the hill but said she enjoyed the chance to sled — her favorite part of the evening.

She and her mother plan to attend next year. 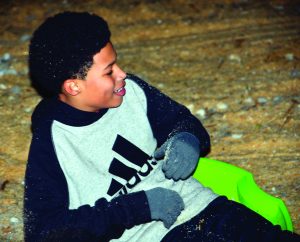 Kayla and Johnathan Furr, of Norwood, brought their two children, Haven, 5, and Macie, 2.

Haven said her favorite part was visiting with Elsa.

“This is really fun,” Haven said.

The family spent most of the time sledding down the hill.

“I think Norwood did a real good job with it, for sure,” Johnathan said.

Beris Dunlap, 16, of Norwood went with his aunt, Shaquette Peterson, and a large group of friends and family, some of whom traveled from South Carolina.

While his aunt had attended for several years, Dunlap said this was his second time at the event.

Last year, Dunlap broke a couple of sleds going down the hill, but this year found a trusty sled that survived the many trips down the hill.

“It was fun, even though I wiped out like 12 times,” Dunlap said.

A tiny icy hill was made for young children while older children and adults could use the main icy hill set up on the far side of the park’s pond, away from from the road.

A large screen near the pavilion played the HGTV “Hometown Takeover” application video that 16-year-old Evan DiDio made for the town. The video was entered into a contest with the hopes of having the town featured on the series.

Various performers played at the park pavilion, entertaining guests as they walked to the hill, shopped at the food trucks or used the photo booth.