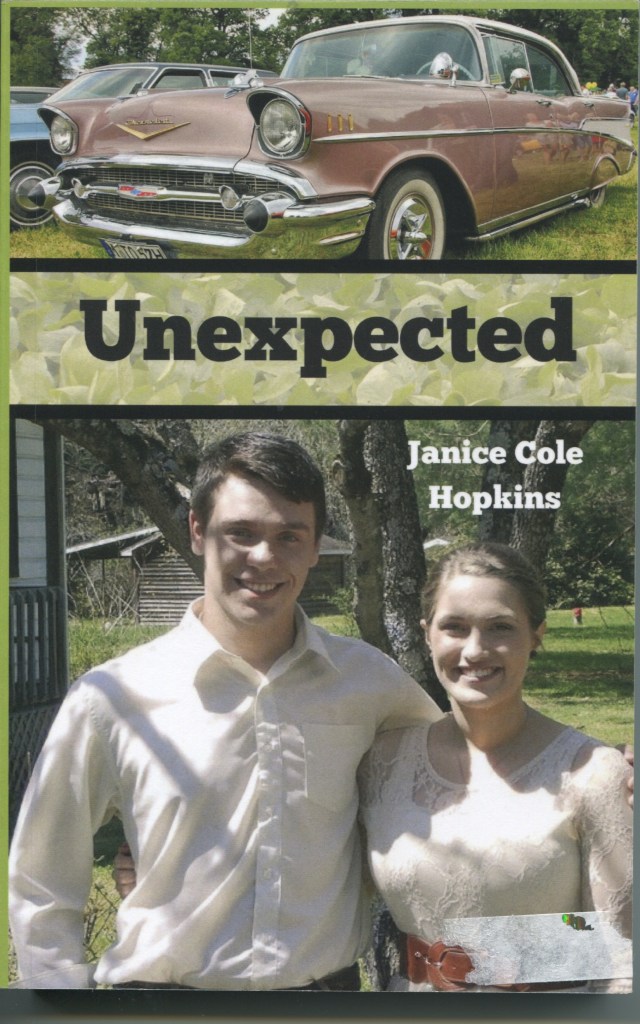 Oakboro resident Janice Cole Hopkins recently finishing penning her 22nd novel, which is set in the town and is called “Unexpected.”

The novel revolves around the relationship between Oliver Hartsell and the woman he pines for and eventually marries, Marie. The tension in the story comes from the fact that even though Oliver and Marie are together, Marie’s former lover Derrick, the father of her soon-to-be child, is still around.

“She’s determined to be faithful to her husband, but she still feels led to see what he (Derrick) wants,” Hopkins said.

Two of the predominant themes in the book are perseverance and forgiveness, Hopkins said.

Though the book is fictitious, it does take place in Oakboro in 1961 and Hopkins mentions several real-life people and locations that existed during the early ’60s in the town, including Eudy’s Red and White grocery store and Mr. Little’s hardware store. A whole chapter is dedicated to the town’s famous Fourth of July parade along with the Miss Stanly County Fire Queen pageant, while a reference to The Stanly News & Press is also made. Both Marie and Oliver were members of the last graduating class at Oakboro High School before students moved to West Stanly High due to consolidation.

Hopkins made several trips to the Oakboro Regional Museum to research church and school information for the book. She worked with museum volunteer Anabel Speight to draw a map of what Oakboro looked like in 1961. She also had several readers proof her book to make sure there were no historical inaccuracies.

This is Hopkins’ second novel she set in Stanly County, but she is currently working on another novel which takes place in Oakboro during World War II. Each of her books are character-driven and are inspirational.

Originally from Wilkes County, Hopkins began writing her own stories by the time she was in third grade and was writing published poetry by eighth grade. She also later wrote for local magazines, including Our State, while she taught at Oakboro Elementary, where she spent 25 years.

“I’ve pretty much always been a writer,” she said. 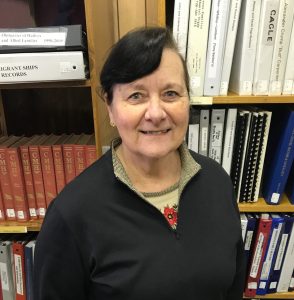 When writing her books, Hopkins first imagines the characters and the story before ever putting pen to paper.

“I’m kind of a seat-of-my-pants writer. I don’t do a lot of outlining,” she said. “I live with my characters a long time before I ever start writing  and I know basically my setting, how the story’s going to start and sometimes a vague idea of where they’ll end.”

As Hopkins becomes more comfortable with her characters and fleshes out more of their backstory, she at times talks with them and lets them guide her in forming how the story should be told.

“I know them really well because I’ve kind of lived with them for a while and I think about them,” Hopkins said.

Hopkins said all of her novels include some degree of romance because “I think love is one of the most important basic needs of a human.”

Regarding the book’s name, Hopkins said many unpredicted events occur in the story and numerous chapters hint at this theme including Chapter 3 (The Unexpected Engagement),  Chapter 8 (The Unexpected Shower) and Chapter 11 (Unexpected Visitor).

“Unexpected” can be purchased on Amazon. All profits for her books go to a scholarship for missionary children in Oaxaca, Mexico.