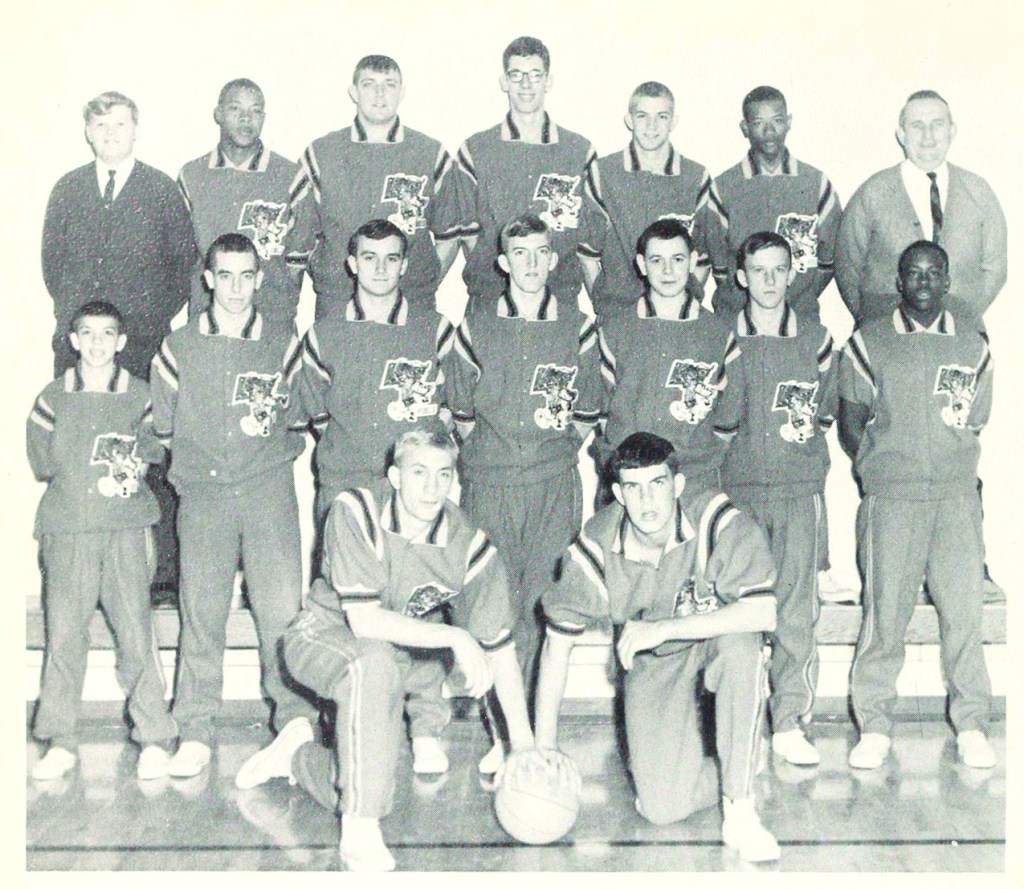 Video of Vietnam War protesters dominated news broadcasts. The record charts were topped by The Beatles and Simon and Garfunkel, and “Batman” starring Adam West, Burt Ward and a rotating cast of celebrity crooks premiered on ABC-TV.

Locally, the first year of desegregation of Stanly’s public schools created much angst among adults, although students seemed to adjust nearly seamlessly. Quenby Mall (now Stanly Commons) opened its doors in Albemarle, and gasoline sold for a whopping 31 cents per gallon.

Before this accomplishment would be repeated, the school would go through a move to a different conference and enrollment classification, a mascot change, 10 basketball coaches and 54 seasons.

Since the 1965-66 season, South Stanly basketball has somewhat mirrored Chicago Cubs baseball, although the wait between championships for fans in Aquadale, Cottonville and Norwood was only half as long (54 years versus 108) as those in the Windy City.

In doing so, the team copped a share of the Yadkin Valley Conference regular season title along with Chatham Central and North Rowan.

But the promise of the current season had become evident one year earlier, with South posting its first winning record since the 2008-2009 season.

Guards Jaquez Cooke and Justin Gaddy, who had teamed in 2018-19 with high-scoring Jacorian Legrand, stepped into the lead roles for this year’s team, and, similar to Lowder and Burleson in 1965-66, led a sound supporting cast to a memorable season.

Gaddy, who topped the career 1,000-point mark late in the season, stepped into the scoring role left open by Legrand’s departure, averaging 18.5 points per game. Cooke followed closely at a 15 point-per-game clip.

Cooke’s unselfish play paved the way for contributions by his teammates, as he dished out just under six assists per game.

At the defensive end, the two also paced the team in rebounding, with Cooke pulling down nearly nine boards per game, while Gaddy averaged 4.5. Cooke led the team in steals, averaging four per game.

An upset loss to sixth-seeded Uwharrie Charter in the first round of the 2020 YVC tournament dashed the team’s hopes of matching the 1965-66 squad’s accomplishment of taking both the season and tournament titles, but state playoffs await, with pairings scheduled to be announced on Sunday. 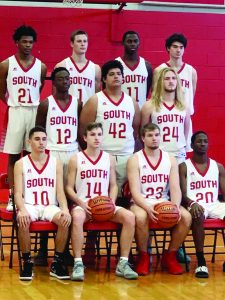 Over the years, high school basketball has changed greatly, with current play generally much faster and with much more aggressive, full-court defense than was common in the 1960s.

But compared to most, the 1965-66 South Stanly squad was ahead of its time in pace of play.

This is evident in that despite the 54-year gap between teams, the first South Stanly championship squad averaged 57 points per game, only two off the current year’s squad, and well above most other teams of its era.

Two losses to Anson and one to West Stanly comprised the only blemishes on the team’s regular season record.

While few individual statistics are available from the 1965-66 team, newspaper reports indicate that Lowder led not only the team in scoring, but the conference as well, averaging 23.8 points per game.

Burleson followed at a clip of 13.4 ppg.

NCHSAA state playoffs were handled much differently in the 1960s as opposed to the present.

Upon completion of the 1966 Rocky River Conference Tournament, South Stanly entered an eight-team district tournament, hosted by North Stanly High, with the winner advancing to an eight-team state tournament at R.J. Reynolds High School in Winston-Salem.

After opening district play with wins over Dallas and Mt. Pleasant, South captured the tournament crown and advanced to state tournament play with a 66-62 win over host North Stanly.

At state tournament play in Winston-Salem, the Rebels opened with a 74-69 win over South Lenoir, before dropping a 63-51 decision to Northwest Guilford in the semi-finals.

In the consolation game, South Stanly defeated Garner 58-57 to finish with a final record of 25 wins, four losses, and third among the 2A teams in the state.

As South Stanly moves into the 2020 state playoffs, it will face a different road than that of the 1965-66 team.

Gone are the old district playoffs and eight-team state tournament in favor of a seeding system based on conference finish, overall records, strength of schedule and computerized rankings.

Teams square off at the home court of the higher seed until eight remain in each classification, at which point two four-team regional tournaments are held, with winners advancing to neutral-site state championship games on the campuses of UNC and NCSU.

But regardless of what the playoffs hold for the South Stanly squad, the conference championship drought has ended, with hopes of more rain to come.