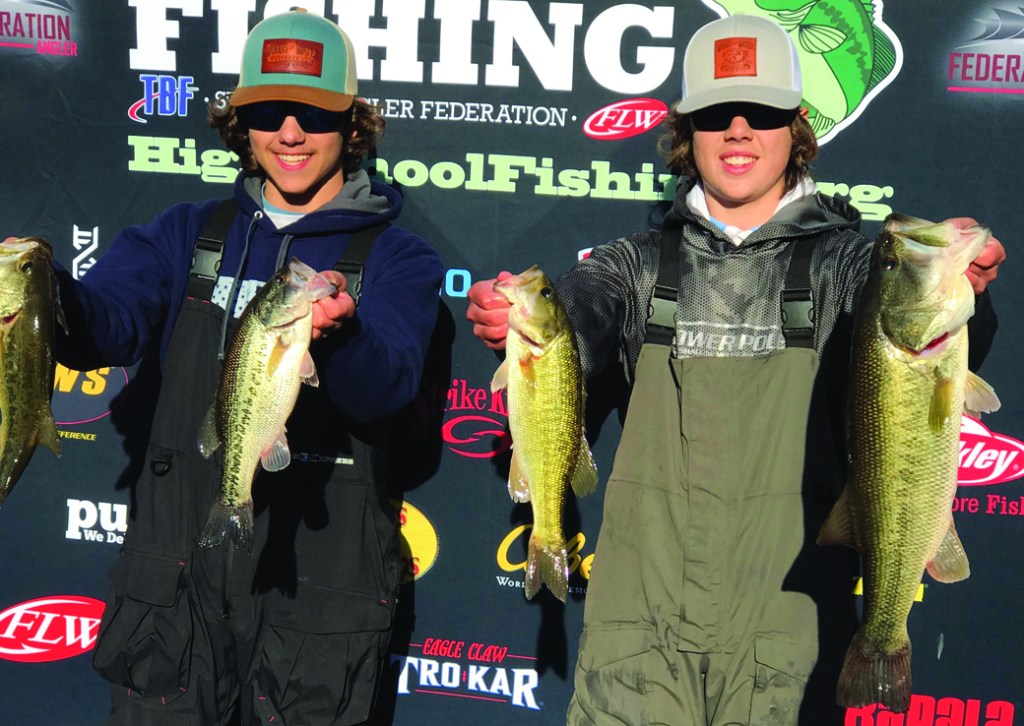 Hunter Alexander and Dalton Eury hold fish that they caught during a high school tournament recently at Clarks Hill Lake in Georgia. The boys finished second in the competition.

Alexander is an eighth-grader in Rowan County, while Eury is a home-schooler in Stanly County. They had a total of five fish, weighing in at 12 pounds, 9 ounces. Alexander and Eury lost to a team from Georgia.

Clarks Hill Lake is northwest of Augusta, Ga., just over the South Carolina state line. The lake is fed by the Savannah River.