By Abby Furr, for the SNAP 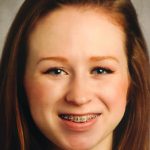 Some of the sports offered include flag football, volleyball, basketball and soccer.

Students practice after school in co-ed teams a few weeks prior to the tournaments.

At tournaments, they compete against teams from other Early Colleges as a way of interacting with students from similar environments.

Most recently, 135 SEC and SSEC students participated in a volleyball
tournament at Pfeiffer’s gym on Feb. 15.

Five Stanly teams competed against multiple teams from Rowan and Cabarrus early
colleges. The bracket system was used for elimination to eventually have one winner.

The Stanly teams ended the tournament all over the board, with one team in second place.

Students and staff from both schools attended the tournament to cheer on and support the students.