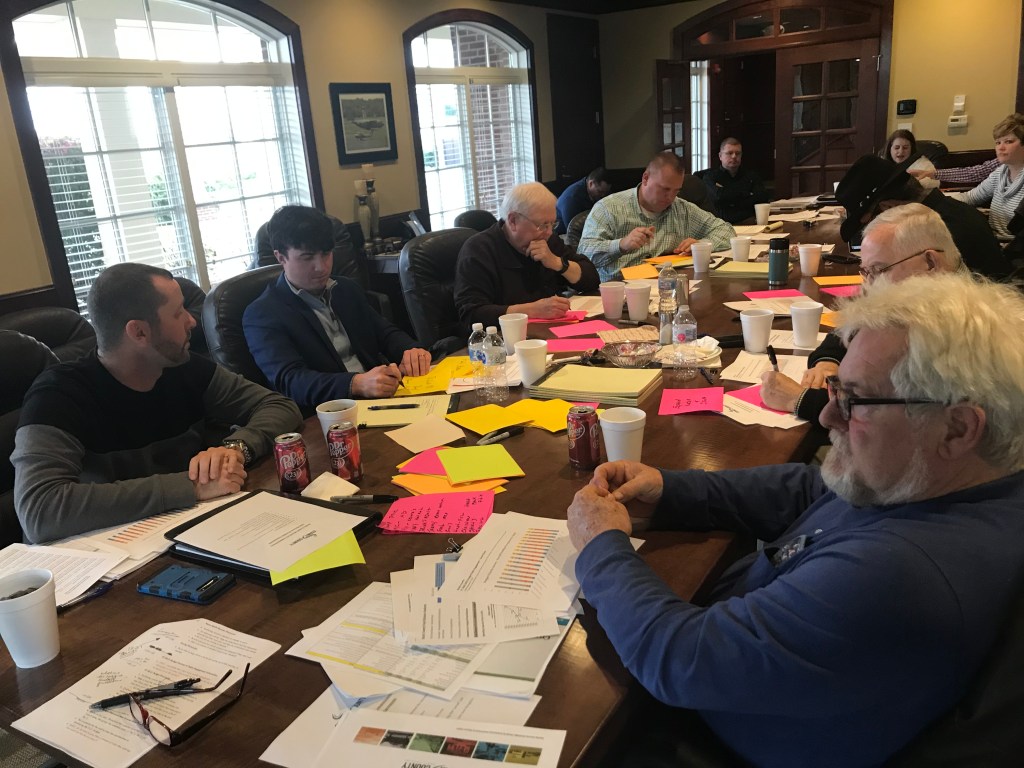 Commissioners work to identify their most important budget priorities for the upcoming fiscal year.

The commissioners debated the idea of lowering the current property tax rate (67 cents per $100 valuation) half a cent or a whole cent.

“You should keep government as efficient and as small as possible,” Commissioner Ashley Morgan said, adding that dropping the tax rate half a cent would save taxpayers a lot of money.

When trying to bring in new businesses to the county, Morgan said, “that half a cent or one cent is a huge chunk of change and is a huge difference between coming here and coming to Cabarrus or Union.”

Chairman Matthew Swain opposed any tax decrease because it would likely come back to hurt the county in the future.

“Yes, it looks really good to me as a taxpayer to come out today and say ‘we were able to cut your taxes,’ ” he said, “but it looks really crappy five years from now when you come back and say ‘we’re going to raise your taxes three cents because we’ve got to make up some difference because we hadn’t done this (raising taxes) the past three years.”

After much back and forth, the commissioners decided to maintain the current tax rate. Morgan and Commissioner Mike Barbee were the only ones who wanted to lower the tax rate.

After discussing the upcoming budget, each commissioner wrote on a piece of paper his top three priorities for the 2020-2021 fiscal year. The biggest budget priorities to the seven-person body were public safety, economic development and tourism, infrastructure and addressing the opioid crisis. The reason education wasn’t one of the top priorities mentioned was because the commissioners wanted to wait to hear from Stanly County Schools and the school board regarding their budget requests. 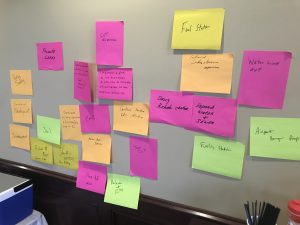 The commissioners wrote down their most important priorities for the upcoming fiscal year.

Some of the budget priorities commissioners wrote down were creating a new county fuel station, building a new sheriff’s office, cutting taxes, building a drug rehab center, expanding sewer and water and implementing a plan to lure business to the area.

One of Commissioner Bill Lawhon’s priorities would be to see a drug rehab center come to the county.

“We are the number one opioid county” in the state, Lawhon said, adding that Cabarrus and Davidson counties have drug rehab centers. “We need a center to try and help get those (opioid) numbers down and help those people.”

According to January data released by the N.C. Department of Health and Human Services, Stanly had the fifth highest rate of opioid overdoses showing up in hospital emergency rooms. Stanly had 10 people overdose and get admitted to the hospital in January, up from the eight in December.

The board also discussed future capital improvement projects to identify which ones needed immediate attention. The top projects the commissioners agreed upon were relocating the EMS facility in the basement of the courthouse along with the backup 911 center at Atrium Health Stanly to the Stanly County Commons; constructing the Stanly County Farm Bureau Livestock Arena, which would be behind the Agri-Civic Center; replacing the floor in Stanly County Commons; building a fueling station for county and EMS vehicles; and clearing land for future airport hangars.

Swain said zeroing in on the most important capital improvement plans for the upcoming fiscal year was a key part of the retreat.

“The biggest thing out of today is the capital improvement projects that we want to focus on,” he said, adding that over the next few months, the county will work on developing a plan to try and pay for the projects during the upcoming fiscal year.

Swain said the capital improvement projects “gives Andy a better vision of what we want as a commission.”

County Manager Andy Lucas said the budget retreat affords him time to understand the projects and budget issues that are most important to the commissioners. He and his staff can try and provide funding for the highest priority projects the commissioner identified.