Uwharrie Players will take people to church with upcoming production 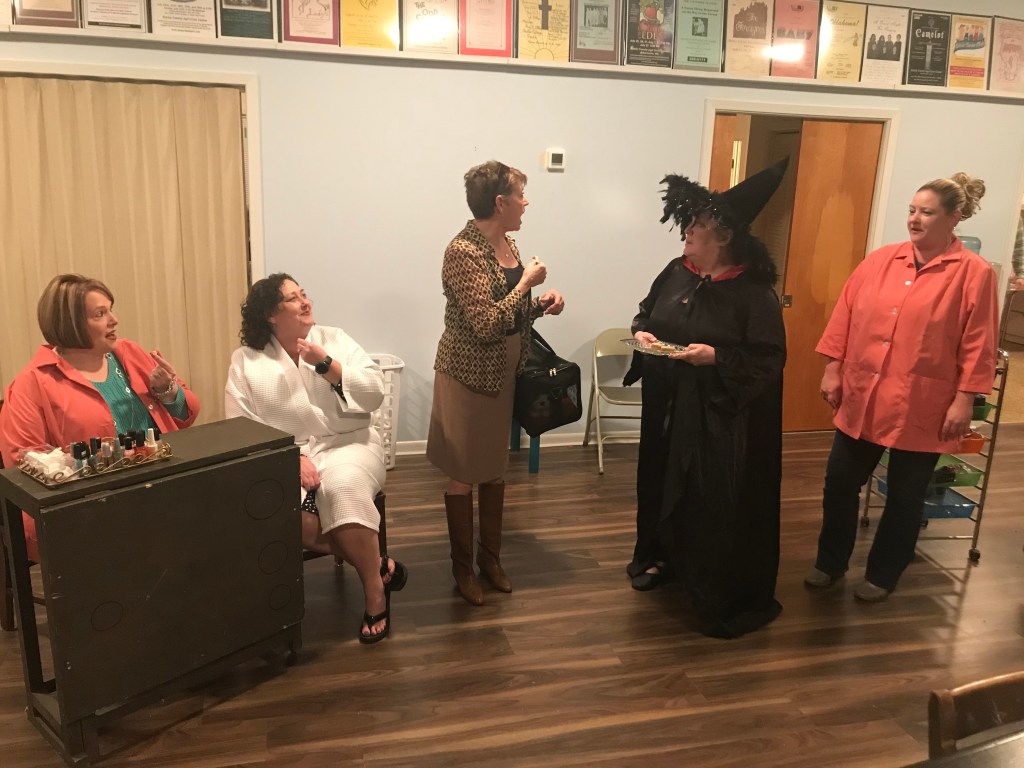 The Uwharrie Players are taking people to church for their upcoming production, a Southern comedy named “The Hallelujah Girls.”

The play, written by Jessie Jones, Nicholas Hope and Jamie Wooten, centers around five older women — Carlene, Nita, Mavis, Crystal and Sugar Lee — in a unspecified Southern town. They decide to purchase a church and turn it into a spa after the death of one of their friends, which makes them realize how precious life is.

“It’s got a very ‘Steel Magnolias’ vibe to it,” director Gina Clarke said, adding that the play is “1,000 times funnier” than the classic film.

The women are dealing with their own personal obstacles, which hinders their ability to run the spa: Carlene has given up on romance after burying three husbands; Nita has been running interference between her problematic son and his probation officer; Mavis is in such a stagnant marriage that she considers faking her own death; and Sugar Lee is busy fending off her archrival Bunny who wants to steal the spa away from the ladies.

Each of the characters are colorful, and as Southern ladies, completely over-the-top, Clarke said, adding they will keep audiences laughing throughout the whole play.

“I just love them,” she said. “They’re very endearing.”

And she thinks the audience will love the characters, and the play, as well.

“I just hope they come and belly laugh the whole time, which is what I do at every single practice,” Clarke said.

The cast, which consists of eight actors, has been practicing since the beginning of January. Many of the actors are veterans of the Uwharrie Players.

“The cast is amazing,” Clarke said. “They have been so easy to work with.”

She said the personalities of each character in the play seems to perfectly match the actors playing them.

Tickets can be purchased online (http://www.uwharrieplayers.org.) and are also available at First Bank locations throughout the county, along with Second Street Sundries and Starnes Jewelers. Advance tickets are $13 for adults, $10 for seniors/juniors and $5 for children.

The Uwharrie Players will put on two other productions during the year: “Little House on the Prairie The Musical” in the summer and “The Best Man” in the fall.