In conjunction with the search warrants that were executed Feb. 21, the Albemarle Police Department conducted another search warrant at 386 Park Road in Albemarle. 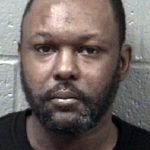 Also seized were illegal narcotics and $19,246 from the home.

Crump received a $50,000 secured bond and his next court date is scheduled for March 9.