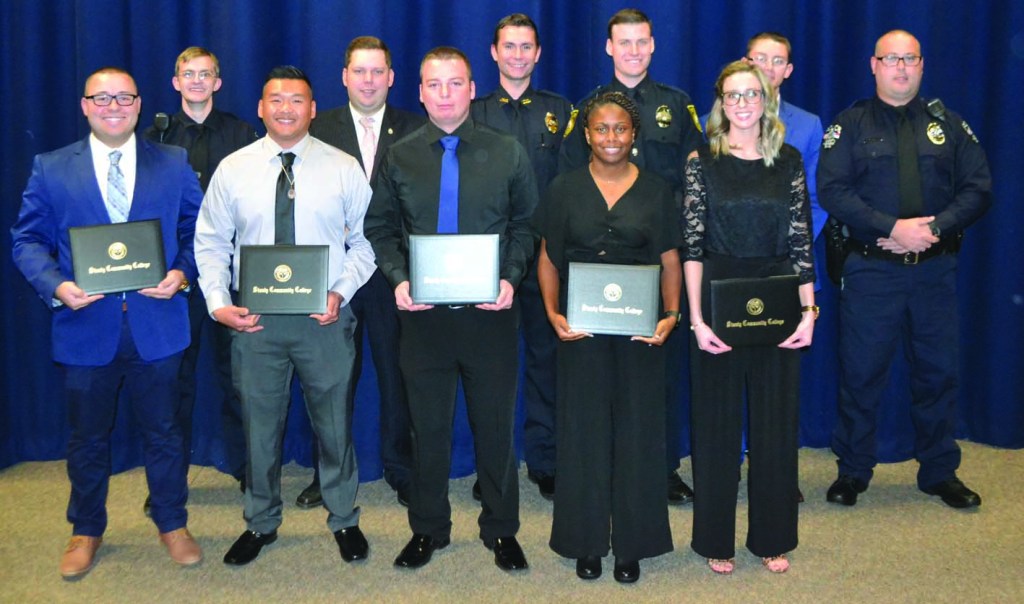 N.C. House Rep. Wayne Sasser was the keynote speaker during the ceremony. He thanked the graduates for choosing a noble profession and wished them much success as they begin their careers in the law enforcement profession.

Additionally, Enamait noted that the graduates had a 100 percent pass rate on the state exam.

“Respect is at the heart of all law enforcement,” he said. “We appreciate the sponsoring agencies and the students who were determined to persevere through their training. Congratulations to all our graduates and best to all in the future.”

During the ceremony, the Stanly County Sheriff’s Office Honor Guard performed the Presentation of Colors. Lt. John Howell, Stanly County Sheriff’s Office, gave the invocation. Micki Thompson, SCC BLET assistant director, gave the welcoming remarks and noted it was a perfect evening for SCC BLET graduation, since it was National Law Enforcement Day.  Ansley M. Burkhalter, a BLET student, was the class speaker for the ceremony. Burkhalter was sponsored by the Concord Police Department for his training.
Christi Buchanan, BLET director, presented awards to the students, and gave closing remarks.