Community comes out to help those affected by storm damage 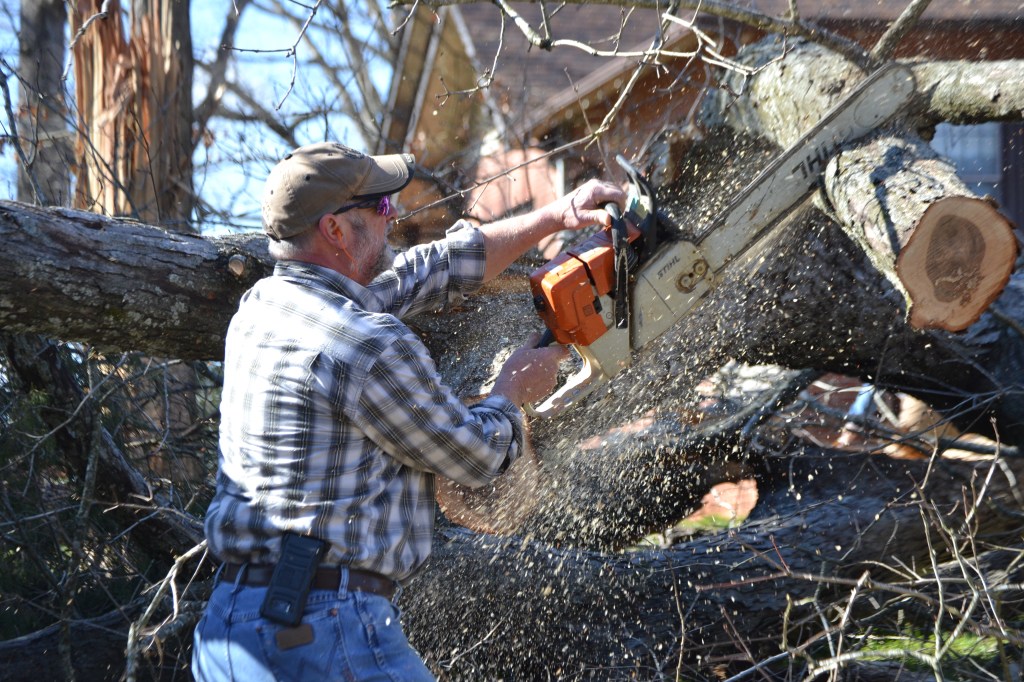 There are many parts of the county that are still affected by the storms and tornado that occurred a few weeks ago, especially in the Millingport area. A simple drive along N.C. Highway 73 to Albemarle reveals numerous fallen trees and houses still recovering from the storm damage.

To help those still affected, the Uwharrie District of the United Methodist Church organized three volunteer groups to spend several hours Saturday morning picking up debris and cutting limbs. The groups worked on properties on Clete Road, Biles Road and along N.C. 73.

There were around at least a dozen volunteers at each of the work sites, ranging from young kids to senior citizens.

“I think this is when the church is at its best, when the church and the community come together to help people in crisis,” said David Talbert, pastor at Salem United Methodist Church in Albemarle. He led a group of around 12 people who cleaned debris and cut limbs off uprooted trees at the Janey House. 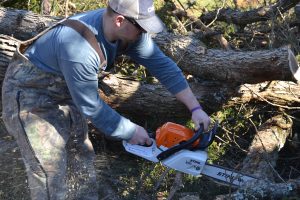 Tim Miller of Denton brought a chainsaw and was busy cutting limbs from fallen trees behind the Janey House.

“It could be me just as easy as it could them,” Miller said about why he wanted to donate his time. “I’m just happy to come out and help.”

“We believe that this is what God calls us to, disaster response ministry,” he said, “and we are excited to be the hands of Christ in the world.” 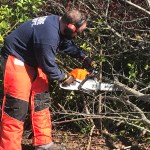 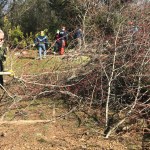 Bob Johnson organizes the tree limbs into a huge pile.

Around 20 people were helping to take a barn apart that had been flattened by the storms on Biles Road. They were working to reclaim as much of the barn as possible to later help construct a new barn along the property.

“It means a lot to see the people come out and help,” said Susan Furr, whose family owns the property. “It’s usually us going to help someone else.”

The family was impressed by the amount of people that showed up to help.

“We didn’t expect to see this many people,” Furr said. 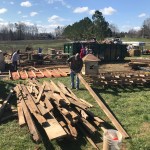 Volunteers working to reclaim oak wood from a barn that had been destroyed in order to eventually construct a new barn. 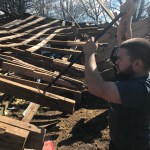 Chase Rinehardt works to pry wood apart that was part of a barn that was destroyed by the storms.

Before the storm relief work, which began around 9:30 a.m. and lasted until around noon, there was a free community breakfast at Salem United Methodist Church. The breakfast was organized by Crossroads Connection, a network of churches, businesses and organizations that serves areas in northern Stanly, northeastern Cabarrus and southern Rowan. Donations were accepted to help with storm relief.

Around 200 people attended the breakfast and more than $3,000 was raised.

“The breakfast was a sight to see, with love being poured out onto all of our neighbors,” the Rev. Jennifer Orr, Crossroads Connection coordinator at Western NC Conference, United Methodist Church, said. “All the donations received today will help with repairs and restoration efforts for families and individuals in Stanly County who were affected by the tornado.”