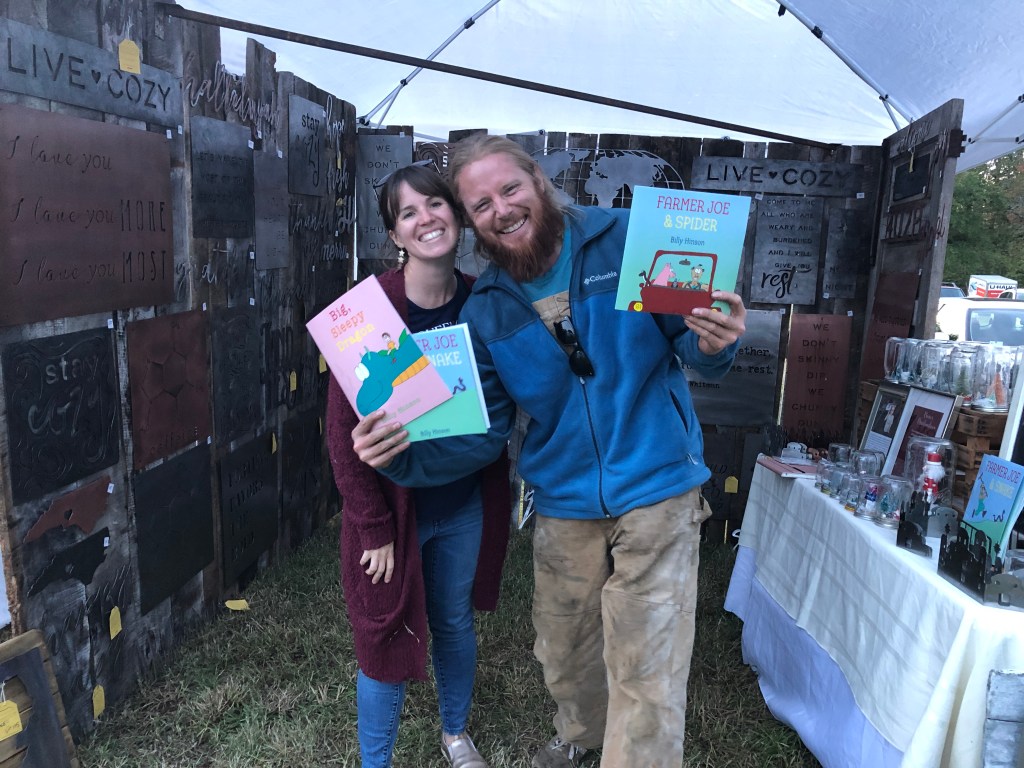 Billy Hinson and his wife Megan with his children's books.

The Norwood native and Mount Gilead resident, 38, likes to play a game in the car, called story time, with his kids. Hinson makes up the first two sentences of a story and then allows 7-year-old Clara and 3-year-old Rae to finish it.

“We end up with these wacky stories as we go along because they would make up the craziest thing they could think of,” he said.

These imaginative moments with his children inspired him to start writing children’s books.

“After I saw how much they loved doing that I wanted to tell them stories and make up stuff for them,” he said.

Influenced by both his time fishing and playing in creeks as a child along with his time at UNCC pursuing a biology major, he decided to write about animals.

His first book, “Farmer Joe & Snake,” was published in 2018. It’s about a farmer who, initially afraid of Snake, learns to appreciate him and understand how helpful he is on the farm after Mouse infiltrates his home.

Hinson wrote the story for the first book in about 30 minutes. “It just poured out of me,” he said. 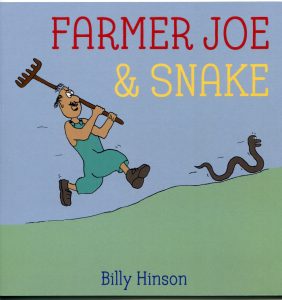 The books teach children the importance of getting to know people before judging them, he said.

A short synopsis on the back of Hinson’s second books reads: “Farmer Joe and Snake have been through a lot together. However, they still need to learn that when someone is different than you, it doesn’t make them bad or scary. Many times the best friends you’ll find are not like you at all.” 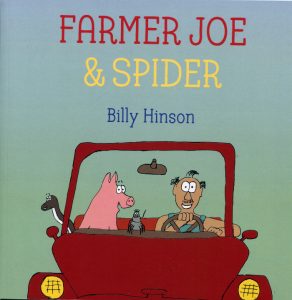 Farmer Joe was inspired by Hinson’s own father, also named Joe, who is afraid of snakes.

“I thought it would be funny and cool for the kids to have something written about grandpa,” Hinson said.

His third book, “Big, Sleepy Dragon” is about the dangers of owning a pet dragon, especially when it’s sleepy and about to yawn.

“When it looks like your dragon is going to yawn, you better make sure you have a fire suit on,” Hinson writes.

The book is dedicated to “those who have struggled to get their child to sleep.”

The books employ a simple rhyme scheme which will likely make the reading experience even more enjoyable for children.

Besides coming up with the stories, Hinson also illustrated the books, along with his wife Megan.

Though writing has taken much of his time, he still retains his full-time job as a metal worker.

Hinson just put his books on Amazon and is looking into ways to better market them.

He would like for his books to eventually be part of elementary school libraries and the public libraries throughout the county. Hinson would like to read his books at the schools as well.

Hinson plans to write other children’s books, including an extenuation of the Farmer Joe series involving a new character, Bat.