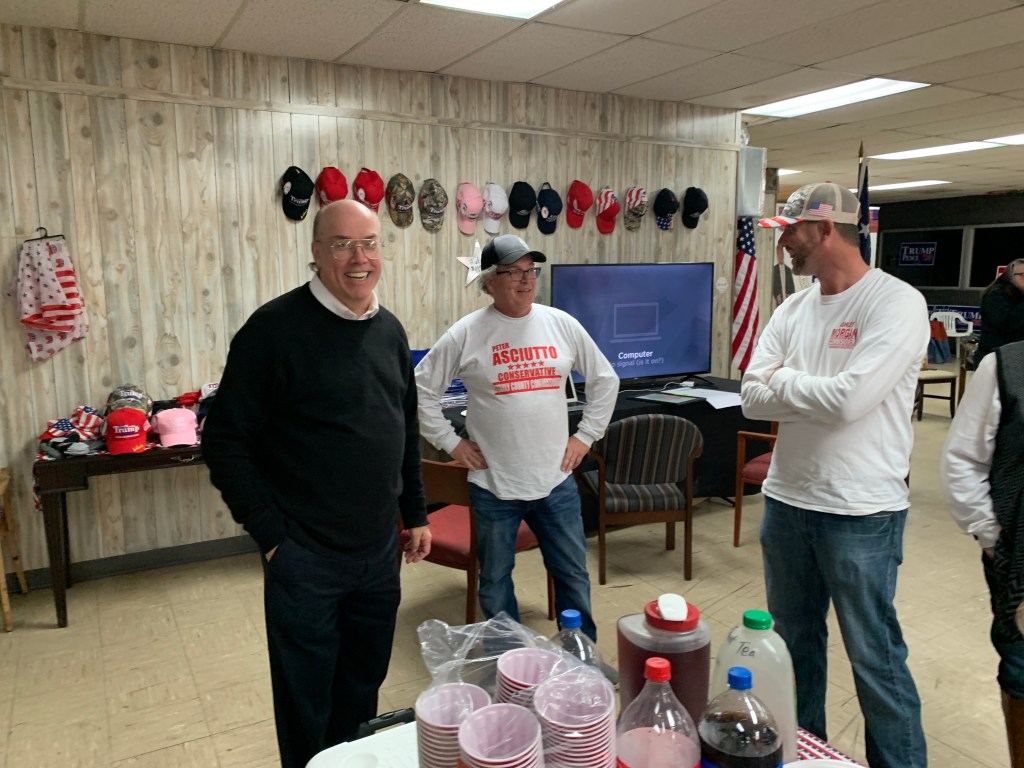 Asciutto carried 11 precincts and tied with Morgan for another while coming in second place in early voting, receiving 994 votes to Warren’s 1,043.

He started his night at the Waffle House, per tradition, where he played the jukebox. He teared up when he discovered he had won the race, which had been back-and-forth between he and Warren all night.

“I’m incredibly glad they had faith in me and Leon Warren was a very wonderful competitor in this thing. He’s a great guy,” Asciutto said, who added that with three candidates “you never know what’s going to happen.”

He ran his campaign with no regrets, saying if he were to lose by one vote, “I want to tell myself I did everything I could to get the votes out.”

Asciutto will run against independent candidate Dr. Eric Johnsen, whom he calls “a wonderful friend,” in the November general election.

Warren, who lost by 139 votes, said the race was “a good experience for me.”

“It was a good race and I congratulate Peter,” Warren said. “I just appreciated the chance to run and all the support I got.”

The former radio news reporter, who was running in his first political race, said “he met a lot of new people, nice people and I learned a lot.”

“I would urge everybody to run for elected office sometime…because it’s a good experience, especially in Stanly County,” Warren said.

Morgan, who has served on the board of commissioners since 2016 and is vice chairman, said he was proud of running a “clean campaign.”

“It has been my pleasure to serve the citizens of Stanly County and I wish my opponent the best,” he said. “I can ultimately hold my head high knowing Stanly County is in better shape now than before I was elected and that I made a difference.”