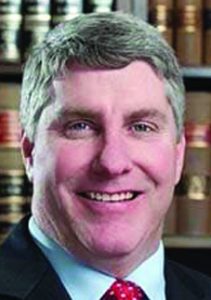 Nadolski, who has 18 years of experience as a prosecutor and is an assistant district attorney in Montgomery, carried all 23 precincts in Stanly and also won early voting by a count of 2,099 to Dunn’s 652.

“I’m very thankful to the voters in Montgomery and Stanly County for having the confidence to elect me to this position,” Nadolski said. “It truly is an honor and privilege to be given this opportunity to serve as a Superior Court judge.”

As a judge, Nadolski said he will be “fair and impartial and make sure everybody that comes through the system is given the same fairness, the same standards and everybody is treated equally.”

“I thought the race was well-run by both parties and I thought as judicial officials that we both kept it very respectful, which is important in a judicial race,” said Dunn, an attorney and Montgomery resident. “I certainly wish him all the best and hope the community embraces him and we all can work together.”