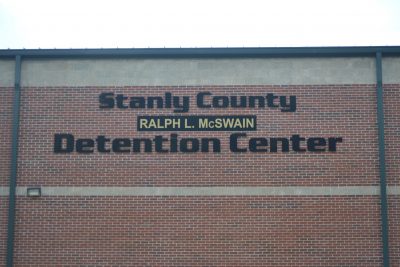 Over roughly the last year, there has been an increase in the number of inmates staying in the Stanly County Detention Center.

The average daily number of inmates currently in the jail for fiscal year 2019-2020 is around 150, according to county data, well above the jail’s maximum capacity of 131 inmates. The capacity used to be 133, but a recent state inspection found two cells did not meet requirements. The most inmates on a given day that Sheriff Jeff Crisco can recall since he’s been sheriff has been 169.

The average number of inmates booked each month was 205, though the numbers tapered off for December and January with 113 and 138 inmates booked, respectively.

The inmate population began to increase around the summer of last year. During the six months preceding July 2019, the average of each daily number of inmates per month was around 130 (mirroring the jail’s maximum capacity of 131). From July onward, the numbers significantly increased and have remained around 150.

The cost for paying for extra inmates in the jail is considerable. Considering each inmate costs around $125 to house a day, according to Crisco, the extra 19 inmates cost taxpayers around $70,000 per month.

The population surge has forced some cells, which typically house two inmates, to contain three, with the extra inmates sleeping on mats on the floor.

Crisco explained the increase in inmates has to due with the increase in arrests, along with severe crimes, as well as higher bonds many people can’t pay. He believes the opioid epidemic has also likely played a role in the population increase. He said the volume of cases the district’s attorney’s office is handling has seriously increased since last year. Stanly County District Attorney Lynn Clodfelter was contacted for more information, but he was unavailable to discuss the issue.

But, Crisco emphasizes, Stanly is not alone in dealing with an increase in inmates.

“We’re not the only ones across the state that’s having this problem, everyone’s got it,” Crisco said, adding jail inspectors have been a little more lenient than in the past.

During a conference at the N.C. Sheriff’s Association in Wilmington last summer, the director of the Department of Prisons told the crowd the increase in inmates is not due to a lack of space in the jails, but rather due to a lack of staff at the jails.

“The employee-to-inmate ratio is out of whack, so to speak,” Crisco said of jails across the state, including in Stanly.

The issue worries Crisco. The increase in inmates could potentially lead to fights breaking out, which could then compromise the safety of detention officers or other staff at the jail.

“When you start overcrowding cells then…it becomes an officer safety issue,” he said.

County Manager Andy Lucas said the issue affects residents since their tax dollars are helping to provide housing, food and medical treatment for the inmates.

“It’s extremely expensive to run a jail,” Lucas said, adding that the county contracts for medical and mental health services are costly since many inmates suffer from substance abuse.

Lucas brought the issue to county commissioners during their annual planning retreat recently.

During the retreat, he told commissioners that a backlog of cases at the courthouse is one reason for the increase, along with the fact that many inmates do not have the money to pay their bonds.

“They’re staying longer (in the jail) because they’re just stuck there,” he said.

“I think we need to get to the bottom of the reason for the overcrowding, and I think we have people whose job it is to do that and that they’re working the problem the best way they know how,” Commissioner Tommy Jordan added. “If they need our assistance, I’m certainly open to sitting down and having a candid discussion with all parties involved to get to the bottom of it.”

Crisco said ever since taking office, he has focused on making the Sheriff’s Office more of a proactive and visible presence in the county, which he said has likely led to more arrests.

“Even before I took office, I’m not the sit-back-and-wait kind of not just sheriff but individual,” he said. “I’ve always been proactive.”

He said jail numbers often fluctuate over time “and right now we just happened to be on the uphill climb.”