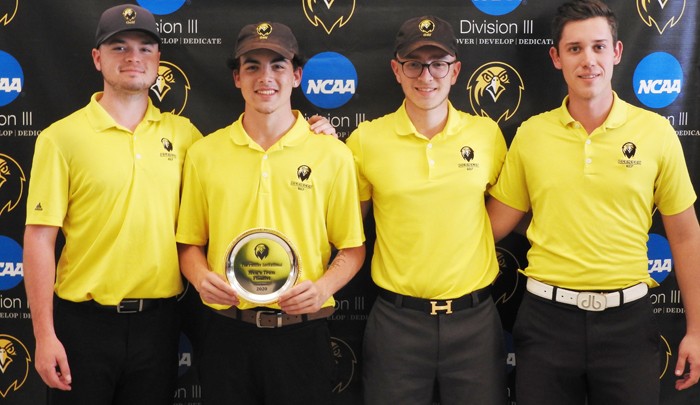 Pfeiffer freshman golfer Kevin Burris had a tremendous round on the second day of the recent Pfeiffer Invitational, overtaking Lance Keiser from Ferrum College to win his first individual tournament championship as a collegiate player.

Burris, a former South Stanly golf standout, fired a four-under 68 on the second day to finish with a two-day total of 141 (-3).  Keiser held a two-stroke lead over Burris and Drew University’s Lucas Artigliere after the first round completed on Monday.  Burris’ 68 was also the low round of the tournament.