With no dine-in service, restaurants dealing with new, uncertain reality 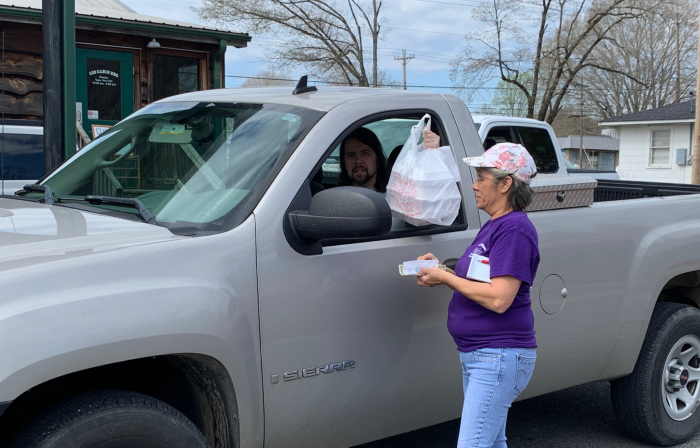 Gov. Roy Cooper on Tuesday took a step to help curb the growing coronavirus situation when he ordered all bars and restaurants in the state be closed for sit-down service except for takeout or delivery.

“This will be a hardship not only for the restaurants and their owners…but also on their customers who find comfort at their chairs and tables,” he said. “It will also be a hardship for the employees who depend on them for their jobs.”

Cooper’s executive order follows similar ones issued in other states, such as California, Illinois and New York. As of Wednesday morning, according to the state Department of Health and Human Services, North Carolina had 63 confirmed coronavirus cases. The number had more than doubled, to over 130, by Thursday night.

Restaurant and food service jobs in the state accounted for 11 percent of employment in 2019 (almost 500,000), according to the National Restaurant Association. Sales in the state’s restaurants was estimated at more than $21 Billion in 2018.

The food industry is bracing for a new reality, with many people now without work across the state, including in Stanly.

“There’s going to be an impact, no doubt about it,” County Manager Andy Lucas said.

He would like to see information get shared with the public, possibly through the Stanly County Chamber of Commerce, as soon as possible regarding what capabilities each restaurant has in terms of being able to serve the public.

Lucas said the county’s sales tax will decrease and he is working with departments to brace them for that reality. The upcoming budget will also be impacted by the continued coronavirus crisis, he said.

EDC Director Candice Lowder said having servers and bartenders out of work means they are less likely to be spending money in the local economy. The county had 2,073 accommodation and food service employees during the third quarter of last year and a total of 365 businesses, according to data from the state Department of Commerce.

“Hopefully Stanly County residents will continue to utilize the carryout out and drive-through options,” she said via email.  “This will help these businesses generate some revenue to offset their fixed costs during the executive order ban.”

Emricci Pizzeria in Locust has already cut about one-third of its labor hours, according to co-owner Dave Emrich. While the restaurant has been able to protect the hours of full-time staff, part-time employees have not been as fortunate.

“We had to cut costs drastically,” Emrich said.

Since Emricci’s already offered take-out and delivery services before the new restrictions, Emrich said it’s “better positioned” than restaurants that had previously only offered sit-down service.

“If we can get ahead of this before it gets really bad, it will help to flatten the curve,” Emrich said.

Jamie Limer, whose family owns Harmanco’s in Albemarle, said they have laid off 24 employees, including cooks, bartenders and servers. The restaurant also canceled beer orders from R.H. Barring and United Beverages. The restaurant has changed its hours, now operating from 11 a.m. until 9 p.m.

“It’s hurting our business,” she said of Cooper’s executive order. Harmanco’s also canceled the live entertainment that was offered each week such as music, bingo and trivia.

The restaurant plans on offering curb-side service, take-out and delivery and is not planning to change the menu.

Limer emphasized that though Harmanco’s has had to scale back, “we’re still here, we’re open and we have food.”

Tyler Vaughn, assistant general manager at Five Points Public House in Albemarle, has been in the restaurant business for 12 years and says he’s never dealt with something like this before.

The restaurant was staying open, taking things day to day, according to Vaughn. Management decided to close Thursday until they are instructed they can reopen. 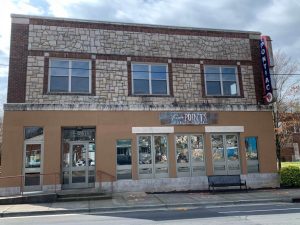 Five Points Public House in Albemarle closed Thursday until further notice.Chris Lambert, executive director of Visit Stanly County, said unlike big corporations like McDonald’s and Chick-fil-A, local restaurants don’t have the capital to take care of their employees during this time of uncertainty.

Though many things are still fluid and changing each day, Lambert said, in regards to the county’s economy going forward, “there is no way that we’re going to be anywhere near where we were when this outbreak occurred.”

To help alleviate concerns, Cooper has asked the U.S. Small Business Administration to grant a disaster declaration for the state’s business owners, which would enable them to receive federal disaster loans.

During his news conference announcing the executive order, Cooper eased some restrictions on state unemployment benefits in a move to help workers and businesses affected by the coronavirus. These include an elimination of the waiting period to apply and of the requirement that recipients be actively looking for jobs to obtain the benefits. Also workers who see fewer hours but don’t lose their jobs completely can qualify in some cases.