SCS delivers breakfast, lunch to thousands of children each day this week 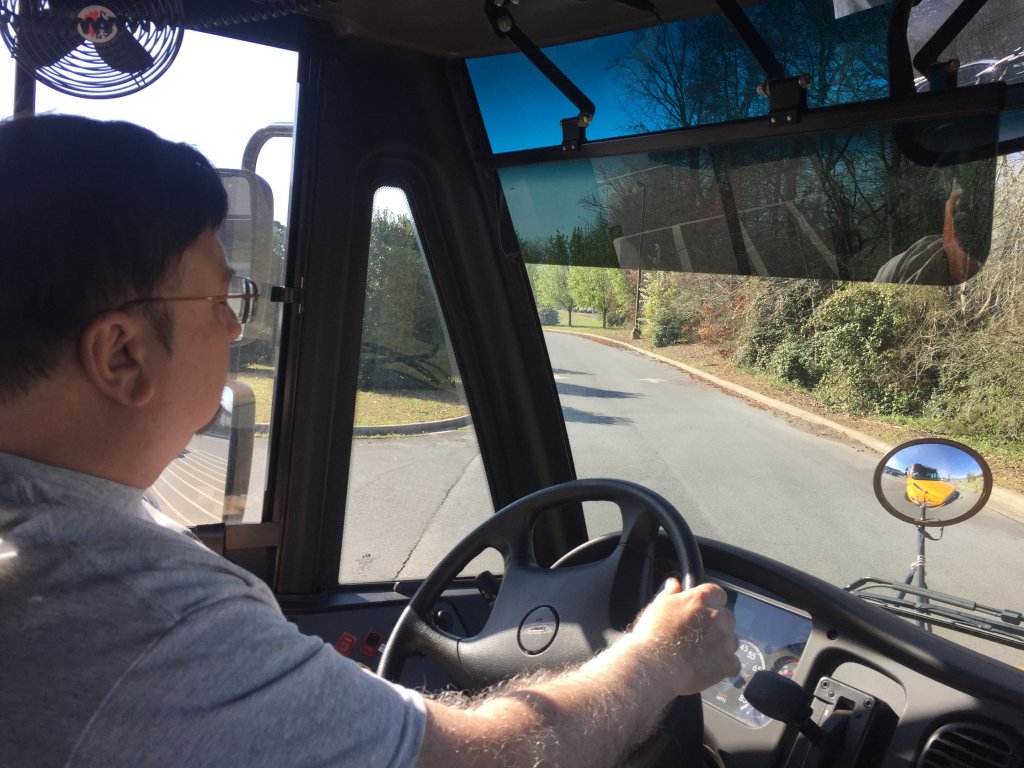 In a time when people are struggling and faced with uncertainty due to the spread of the coronavirus, one thing Stanly students don’t have to worry about is where their next breakfast or lunch meals will come from, thanks to the work of Stanly County Schools.

In a county where roughly 60 percent of the 8,400 students enrolled in the school system receive free or reduced lunch, SCS offers a service that extends beyond what takes place in the classroom.

Superintendent Dr. Jeff James had Mandy Melton, SCS child nutrition director, to look into transportation for delivering meals to students before Gov. Roy Cooper made the announcement to close K-12 schools for at least two weeks.

“I said, ‘Let’s assume we’re going to close schools. Let’s not wait for that ruling. What do we need to do to get buses together with child nutrition?” James said he told Melton. He later contacted his leadership team to work out a plan.

The school system fleshed out a plan last weekend to finalize everything. By Monday, the plan was being executed. Buses delivered meals between 10 a.m. and 2 p.m. at normally scheduled stops while drive-through locations were set up from 11 a.m. to 1 p.m. at eight schools — Albemarle High, Albemarle Middle, South Stanly Middle, East Albemarle Elementary, Badin Elementary, Central Elementary, Norwood Elementary and Stanfield Elementary. The food, which consists of a hot lunch and breakfast for the next day, is free and available to all students in the county, even if they are not enrolled in the school system.

The meal deliveries will take place Monday through Friday for as long as schools are closed. James said Melton is working with faith-based organizations to try and deliver additional food on Fridays to last families through the weekend.

“We were one of the very first ones,” said Melton. “On Monday, we served more meals than any county in the state.”

James said Melton has received phone calls from several school systems asking how SCS rolled out its delivery program and if it could share any advice.

James said beyond the bus drivers and cafeteria workers — whom he calls “unsung heroes” — the school system needs roughly 140 people to manage the meal delivery system each day.

“I have a wonderful staff in child nutrition who rose to the occasion, who received an email (last) Sunday night with a plan that they had never laid eyes on and they showed up Monday morning at 6 to implement that plan to make sure that every kid in our county had access to food,” Melton said.

Regarding how quickly SCS was able to formulate and execute its plan to deliver meals to so many children, “I think it speaks to the work ethic and the compassion of our employees and our community,” Melton said.

The meal delivery system is not only beneficial for the students, it’s also a way to make sure SCS employees get paid.

The State Board of Education and state Department of Public Instruction told school districts to consider the weekdays that schools are closed through March 30 to be teacher workdays. This means salaried employees like teachers will continue to be paid and hourly employees, like bus drivers, will get paid if they work.

Many have taken to social media to voice their support for the school system’s efforts.

“Friends, this is what community is about,” school board member Patty Crump posted on Facebook. “I applaud our school system, in particular, our fearless leader, Dr. Jeff James.”

Though James has been bombarded with meetings and updates regarding changing protocol, he is proud of the school system’s role in helping children and their families.

“When you walk away knowing that you’ve made sure kids got to eat that day, there’s no better feeling,” he said.