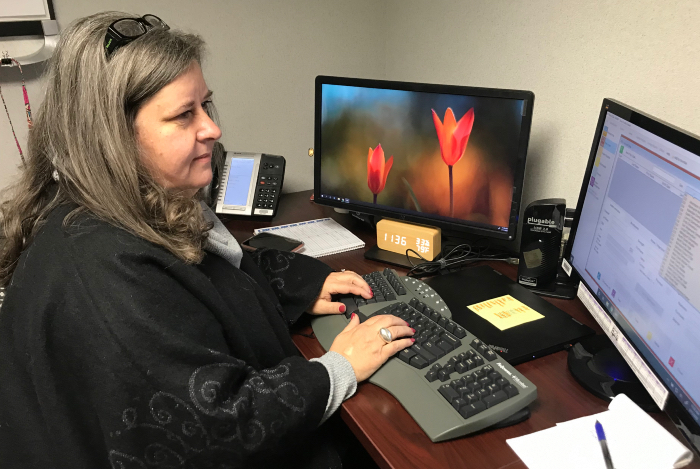 Georgia Harvey, who serves as chief financial officer with SCS, is leaving at the end of March to serve in the same position at Asheville City Schools.

After 22 years of service with Stanly County Schools, chief financial officer and Stanly native Georgia Harvey is leaving for another adventure.

Beginning Wednesday, she will begin her time as executive director of finance at Asheville City Schools.

Though Harvey, 62, wasn’t actively searching for a new job, once aware of the opportunity, she looked into it and made her decision to leave at the end of January.

“It is a great opportunity for my career and for my retirement,” she said.

“Georgia has been an integral part of Stanly County Schools,” Superintendent Dr. Jeff James wrote in an email. “She has been a great team player that we will surely miss. I know this decision was difficult for her but a great opportunity to grow in her professional and personal life. I will certainly miss her and appreciate all she has done to make Stanly County Schools better.”
The decision was announced at a recent school board meeting, during which several school board members expressed their gratitude for her time with the school system.
“We thank you very much for your service,” Chairman Melvin Poole said. “Every role that we have placed you in, you have carried it out in a very professional manner.”
Her replacement will be Terry Dudney, currently chief financial officer at Vance County Schools, who was approved at the last board meeting. He will start Wednesday.
Though Asheville, with an estimated population of over 92,000, is much larger than Albemarle, Asheville City Schools is actually smaller than SCS, with a little more than 4,000 students and less than half the schools. That’s because Buncombe County has another school system, Buncombe County Schools, which is far larger.
A native of Oakboro, Harvey graduated from Lenoir-Rhyne University, where she received her bachelor’s in business administration, and later from the University of Phoenix, where she received her master’s in educational supervision and leadership.
During her roughly two decades with the school system, Harvey wore many hats.
She started her time with SCS as a career and technical education teacher at Albemarle High School in 1998, where she taught business and marketing for six years. Harvey held numerous other roles at the school including career development coordinator, freshman academy coordinator and eventually assistant principal.
Harvey transitioned to the central office in 2013, where she served as secondary education and CTE director. She briefly served as interim superintendent from September 2017 to March 2018, before James arrived. She has served as CFO for the school system since the beginning of 2019.
Each position she held only reinforced the idea that it takes a team to make sure the school system operates as efficiently as possible.
“It takes the whole team to make it work,” she said, from the custodians, bus drivers and teachers assistants all the way to teachers and administrators. “It takes the whole team collaborating and moving forward to ensure that we give our students the best educational opportunities that they can receive.”
Harvey expressed her appreciation for all those she’s worked with during her time with SCS.
“I feel very lucky and fortunate that I’ve had the support and friendship and mentorship of so many people along the way,” she said. “To be able to grow in a career, you have to rely on those people that can assist and help you become more knowledgeable and I have been very fortunate to have many of those people.”
Though she’s sad to leave Stanly County Schools, she believes the future is bright for the school system.
“I have seen Stanly County Schools continue to grow in educational achievements with the students,” she said. “I know that’s going to continue. We have very qualified staff in our schools and I truly believe that our staff, whatever their job may be, they want the best for our students.”
Harvey still plans to retire back in Stanly County, which she says will always be her home.
As for the future?
“I’m excited about the opportunity for a new experience,” Harvey said, adding that she will feel like a student on the first day of school when she starts her job next month.
Contact reporter Chris Miller at 704-982-2122.