Rick Williams, who had served numerous leadership positions in the county, died Sunday after a battle with cancer. He was 54.

He served as Stanfield zoning commissioner from January 2016 to December 2017 before he became administration commissioner on the town council, a position he held from January 2018 to June 2019. He resigned from the council because his family left the town to move to Lake Tillery. He also was a former member of the West Stanly Rotary Club and was involved with the Esther House. 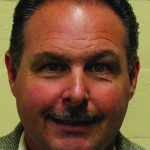 “He brought about a lot of lively discussions at our council meetings,” said Stanfield Mayor Kevin Barbee. “He brought diversity to the group and we hated to see him leave and move out of Stanfield prior to being able to finish his term.”

Town Administrator Bridgette Helms said Williams was known to “investigate and get to the facts” before making key decisions that would impact the town.

“We all appreciated his dedication to his position as a public servant,” she said.

According to his obituary, Williams enjoyed fishing, cooking and dirt track racing and “his favorite thing to do was preparing team meals for his son’s high school football team, and cheering him on from the stands.”

Williams also served many years with the Stanly County Economic Development Commission and at one point was its chairman. That’s how Rep. Wayne Sasser (R-Stanly) got to know him.

“We worked real close together and spent a lot of time together,” Sasser said.

He even took Williams, whom he called “a good friend,” supplies and a rotisserie chicken and spent about an hour with him on Friday.

“He had one of those energy spurts,” Sasser said. “He was talking and carrying on and we were having some great conversations.”

“He enjoyed living on the river,” Sasser added. “We’re going to miss him.”

County Manager Andy Lucas interacted with Williams while he served on the EDC and praised him for the way he treated staff with the “utmost respect and professional courtesy.”

“Rick was always someone who was willing to always step up and do whatever he needed to do to help us recruit a businesses or bring forth ideas,” he said. “He was just a really good guy and will be missed.”

Stanly County Commissioner Bill Lawhon also served with Williams on the EDC, and the two would talk each week. The last conversation with his friend was Friday, when he brought Williams lunch.

“He was always considerate of other people,” Lawhon said, adding that when he thinks of him, he thinks of the Golden Rule: “Do unto others as you would have them do unto you.”

While Williams knew he was dying, Lawhon said he was not scared because as a Christian, he knew where he was headed once he passed.

During their last conversation, Lawhon said Williams told him: “It looks like my involvement with the community is going to be cut short, but that’s okay, because I know I’m going to be okay. And I know Sharon (his wife) and Wyatt (his son) will be okay.”

A private graveside funeral service will be held at 1 p.m. Thursday at Hopewell Baptist Church Cemetery in Monroe.