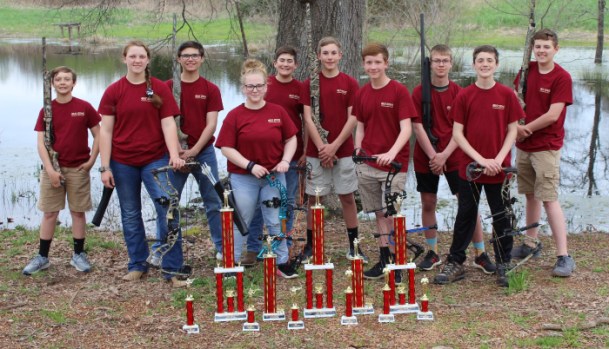 Before the cessation of school athletics, Camp Barnhardt was able to host the annual tri-county hunter youth education marksmanship tournament early in March.

The event normally is in preparation for the upcoming district and state tournaments. The district tournament was scheduled for late March but was postponed, along with the state event, until possibly June.

The Knights also took seven of the top 10 individual finishes, including the Purple team’s Grayson Jones who took first place with 779 points. Conner Crisco of the Teal team was second (773), while teammate Grayson Burke took fourth with a 766. 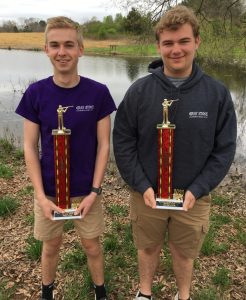 Camden Broadway was fifth (763) while Purple’s Courtney Perry took sixth (761). Will Almond of the Purple team finished seventh (759) and Hunter Blackwelder from the Teal squad was 10th (748).

Bella Wallace from the Piedmont Troopers took first overall with a 743, besting Grayson of the Gray Stone Garnet team by 19 points for the top spot. Eli Fields of the Garnet team was third (720), while the Grey team’s Arielle Enamait was fifth with a 711. Levin Hooven finished in the top 10 for Gray Stone in sixth (709) from the Garnet team, while teammate Brayden Vanhoy took ninth (706).

Heidi Dennis was the top individual finisher for North Stanly; the Gold team member placed 15th with a 697.