My Aunt Cecelia was just beginning the eighth grade when it happened.

In late spring 1951, she came home from school with a high temperature, feeling very ill. The next morning, her legs gave out as she tried to get out of bed. By that evening, she was so weak she could barely move. 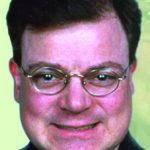 No one knew how polio was spread. Fear of the unknown ran rampant — with good reason.

The day Cecelia was struck, the ambulance driver wouldn’t take her to the hospital for fear other patients might become infected. Cecelia’s home and family were quarantined for 14 days, polio’s lifespan.

Within two weeks, polio ravaged her body. Her limbs were in various degrees of paralysis. She could barely lift her head. She was relocated to the D.T. Watson Home for Crippled Children in Sewickley, Pa. Her long, painful rehabilitation began.

Had polio not been cured, say the authors of Freakonomics, the United States would now be caring for at least 250,000 long-term patients at an annual cost of $30 billion.

But we did cure it. The March of Dimes mobilized millions to raise money. Numerous researchers, including Dr. Jonas Salk, sought the cure. On April 12, 1955, Salk’s polio vaccine was declared safe and effective.

Clarity about events of a half-century ago is easy, but harder regarding current times. But as the coronavirus impacts the world, there’s no reason to lose our cool — and every reason to remain hopeful and positive.

Coronavirus arrived at a time when we have incredible research capacity. Many very talented people in America and worldwide are working around the clock to stop its spread.

Newsweek reports Australian researchers say they’ve identified a coronavirus cure. They say two existing drugs — one for HIV, the other for malaria — wipe out coronavirus in test tubes and has helped some of the first COVID-19 patients to recover completely from the infection.

Rather than hoard toilet paper and worry about what we cannot do, aren’t we better off focusing on what we can do?

We can make sure elderly neighbors have food in their pantries. We can make good use of time at home by reading that book we’ve been wanting to read, or taking on that project we’ve been putting off, or starting that healthy eating plan.

We can learn from my Aunt Cecelia’s example. Despite a year in the hospital— despite two years of rehab and needing crutches for life — she didn’t let her bout with polio define her.

In time, she walked to school every day. In time, she was no different than anyone else. Like her sisters, she was beautiful, lively and full of wit. She had many friends. Her senior year, her classmates voted her Queen of Carrick for a spring track event. Eventually, she married and had four children. Now 81, she has eight grandchildren and six great-grandchildren who are incredibly vibrant and cheerful.

By every measure, my Aunt Cecelia continues to enjoy a fantastic life — because she focused not on what happened to her, but what she could make happen.

We can all learn from her experience as we navigate the days ahead.

Tom Purcell, author of “Misadventures of a 1970’s Childhood,” a humorous memoir available at amazon.com, is a Pittsburgh Tribune-Review humor columnist and is nationally syndicated exclusively by Cagle Cartoons Inc. Send comments to Tom at Tom@TomPurcell.com.