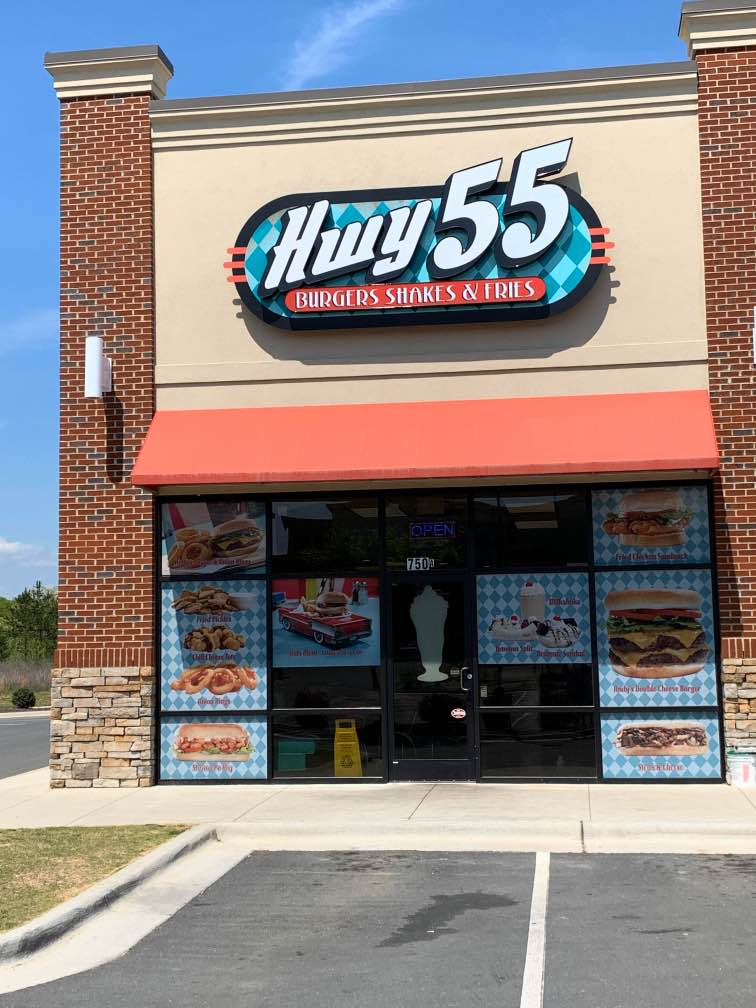 Hwy 55 Burgers Shakes & Fries in Albemarle has started a campaign seeking donations to be able to feed students next week. Photo courtesy of Charles Curcio.

For the last several weeks, Stanly County Schools has been providing lunch and breakfast to students who are at home due to school being closed through May 15. The school system plans on delivering meals each weekday for as long as schools are out — with one exception.

SCS will not deliver food this Friday and all of next week due to Spring Break.

To help fill the one-week gap, Victor Patel, owner of Hwy 55 Burgers Shakes & Fries in Albemarle, is raising money to be able to feed the students.

Each meal that will be offered, which will include a hot dog and either tater tots or two bags of chips, costs $3. People can stop by the restaurant (750 Leonard Ave.) to donate or they can use the Cash App with $defenderstanly.

Several pictures of receipts for customers who have already made donations have been posted to the restaurant’s Facebook page. As of Tuesday, Patel said $2,400 has been raised, which is enough to provide students with 800 meals next week.

The campaign has already attracted attention from local leaders.

“I think it’s a great example of the community coming together to try to help each other,” Stanly County Commissioner Tommy Jordan said. “(Rep.) Wayne Sasser is pushing it as best he can and so am I.”

Sasser (R-Stanly) read about the campaign on Facebook and was inspired to go to the restaurant and donate $100 on Saturday, which equated to roughly 33 meals.

“I’m in favor of anybody that’s making an effort to feed kids,” he said.

He later posted on Facebook about his donation and encouraged others to do the same.

Patel is collecting as many donations as possible this week, so he can provide meals next week to as many students.

Superintendent Dr. Jeff James said that while he appreciates its effort, Hwy. 55 likely will not be able to raise sufficient money to supply enough meals to students for the week. He hopes more people and organizations in the community will step up to help make sure the students receive enough meals. The school system had been feeding around 10,000 students each day before it had to scale back operations last week to comply with social distancing standards.

James is looking into how the school system can work with different vendors next week.

Sheetz convenience stores recently started a Kids Meal Bagz program, where kids can receive a daily meal consisting of a turkey sandwich, chips and a drink. The program began April 2 and the meals will be available for two weeks at which time it will be reevaluated based on community need. The closest Sheetz location is in Salisbury (1520 Jake Alexander Blvd. South).

Patel is still determined to do his part to help provide students with meals.

“It makes me happy,” he said about his campaign. “It puts a smile on my face.”