Stanly native at home in Los Angeles during coronavirus outbreak 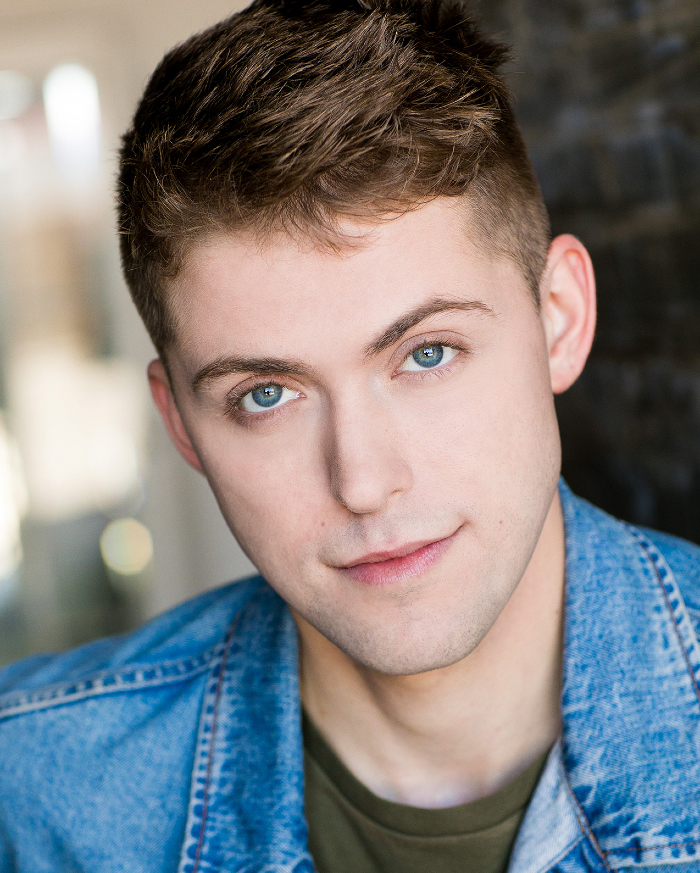 Albemarle native Andrew Allen has been spending almost all of his time inside his Los Angeles apartment due to a "stay in place" statewide order in March.

One Stanly native that lives in Los Angeles has spent the last few weeks hunkered down in his apartment as he and millions of others in California have been social distancing to combat the spread of the coronavirus.

Andrew Allen, who grew up in Albemarle and graduated from Albemarle High in 2012, has been living in Los Angeles for four years since he graduated from UNC Chapel Hill in 2016. He’s been working as an actor where he’s been an extra in movies and television shows, though — like many people — he’s currently unemployed since his whole industry has been shut down. He read an article that said the earliest projection for when the film industry could reopen would be July.

On March 18, California Gov. Gavin Newsom ordered a state at home order, emphasizing for the state’s 40 million residents to stay home as much as possible. California was the first state to issue such an order.

“It hasn’t been too hard,” Allen said about staying at home. “I’m more of an introvert so it’s been easier for me to be inside than some people.”

While he’s an anxious person most of the time, “I’m surprisingly doing well with this,” Allen, 26, said about dealing with the virus.

He hasn’t felt sick, hasn’t been tested and doesn’t know anyone personally in the city who has gotten the coronavirus.

He said the virus first came on his radar in early March when he witnessed several people panic buying at Vons, the local grocery store.

“People were taking everything off the shelves, it was madness and I was like, ‘What’s happening?’ ” she said.

While Allen was acting rational and buying items on sale and in bulk, such as several cases of soda, others were hoarding as many items as they could. He mentioned one woman had three carts full of various drinks.

Allen has spent his time binging Netflix, working out, including running outside, and catching up with friends and his family back home in Albemarle. He has also been cleaning out his closet, where he happened to discover 10 bottles of Purell and a roll of toilet paper.

It’s not been difficult for Allen to go outside and run because in the second most populated city in the country, there are simply not many people outside. 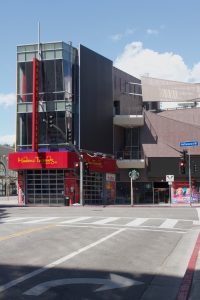 Madame Tussauds on Hollywood Boulevard is usually crawling with tourists but has been a “ghost area” recently due to coronavirus outbreak. Photo courtesy of Andrew Allen.

And it’s not surprising. California has more than 20,000 confirmed cases — fourth most in the country behind only New York and New Jersey and Michigan — and 548 deaths as of Friday morning, according to the New York Times.

Allen mentioned he can actually travel to the beach in record time. He was recently shown a picture of the vast interstate 405 during rush hour, always one of the busiest and most congested freeways in the country, and he only spotted one car.

“LA’s so huge and it’s just insane to me to go out and see nobody,” he said.

Though he recently signed up for a home meal delivery plan, where he gets three meals a week, Allen still supports the local restaurants by getting takeout.

He briefly considered leaving his sprawling metropolis to come back to Albemarle, but decided against it because he didn’t want to take the chance of possibly spreading the virus to his family.

“I could be exhibiting no symptoms and carrying (the virus) and I just didn’t want to risk that for my parents,” he said. “Making sure that they’re safe is my priority.”

Though he has taken the pandemic seriously, he gets frustrated that other people in his age group still have not. When people are congregating in close quarters and going against social distancing guidelines, they are not just potentially affecting themselves, but the whole community, he says.

“I can’t tell people what they can do for their bodies obviously, but when it becomes a concern for communal spread, that’s a serious issue,” Allen said.

As someone who has lived in a state that has dealt with the virus for a longer period of time than most, Allen has advice for people in his home state: Listen to the medical professionals and follow their guidelines.

“Just because North Carolina is not as densely populated does not mean that this will not hit you guys in a similar way,” Allen said. “Be prepared for what we’re experiencing here.”