Assisted living facilities work to make sure residents are connected 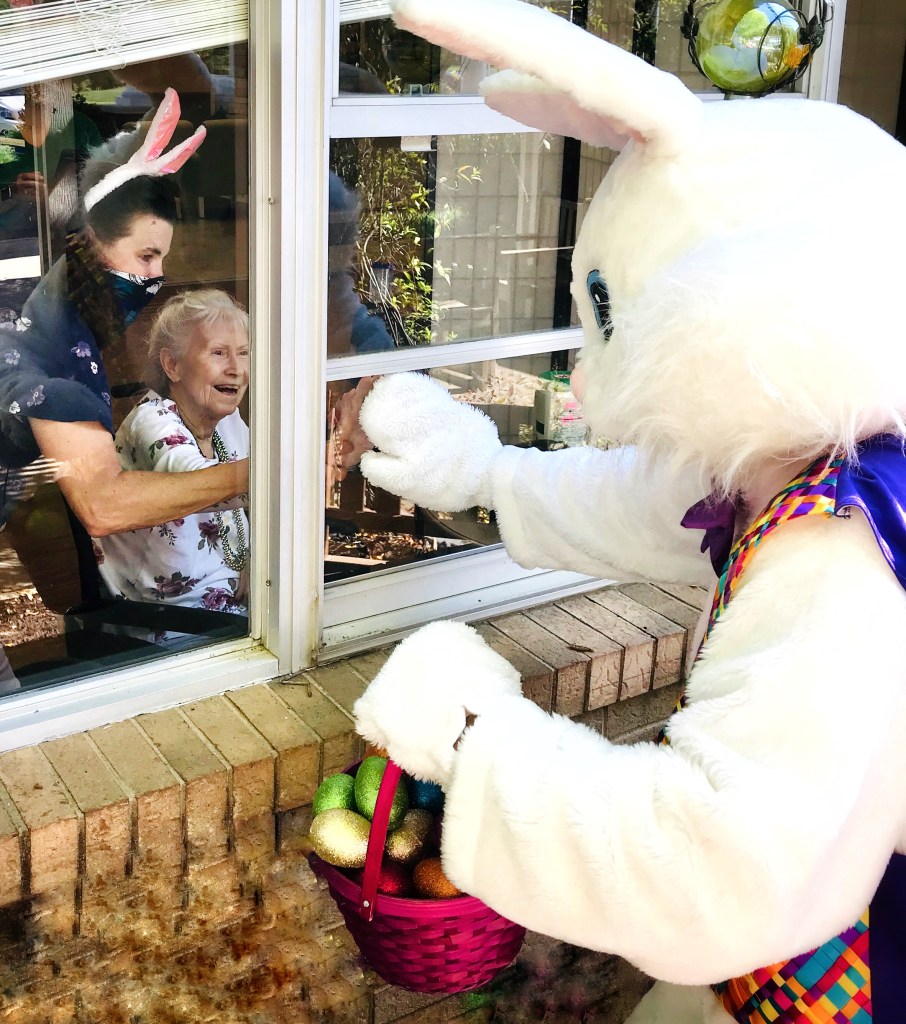 Many local assisted living facilities are finding creative ways to make sure residents are active and connected not just to each other, but to their family and friends.

Though the coronavirus pandemic has impacted seemingly everyone, its affects have been especially acute for older people — who are regarded by the Centers for Disease Control and Prevention as most at risk of severe illness due to the virus, especially those who live in senior living communities, where many can no longer see family or friends due to visitor restrictions.

North Carolina has 4,816 confirmed cases and 86 deaths as of Monday, according to the state’s Department of Health and Human Services. Stanly County has 17 cases, including two deaths.

Though only 25 percent of cases in the state are people 65 and older, that same age group accounts for 80 percent of the total deaths, according to DHHS data.

A resident at Spring Arbor Assisted Living in Albemarle recently tested positive for Covid-19, according to Rich Williams, senior vice president at HHHunt which owns 23 senior living communities across three states, including Spring Arbor. Team members are wearing gloves and masks at all hours and are daily screening residents for any new respiratory symptoms.

To help blunt the isolation and solitude, assisted living workers have been helping to connect residents with loved ones through the power of digital tools like Skype and FaceTime. In this period of physical distancing, it’s crucial that residents feel connected with their loved ones.

“It makes me feel good because I know they’re not forgotten,” said Kristi Owens, activity director at Woodhaven Court Assisted Living and Memory Care, which has 69 residents.

She mentioned that last Tuesday, a resident was able to see his grandchild for the first time through FaceTime.

Woodhaven Court has also allowed family members to come to the facility to see residents and wave to them through windows.

Owens and the other staff members also enjoy announcing to residents “It’s Cookie Monster Time,” which signals to them that fresh baked cookies and milk are available.

Ginger Harris, administrator at Taylor House, said Baptist Retirement Homes of North Carolina, the group that owns and operates the facility, gave staff iPads to help connect residents to their loved ones.

Harris recalled a moment on Wednesday when a resident’s daughter came to her mother’s window to wave and blow kisses.

“That was sad and bittersweet,” Harris said.

“Our goal here is to keep them as happy as we can and as content as we can,” Harris added.

Even in the midst of the coronavirus incident at Spring Arbor, workers have used virtual activities like Nintendo’s Wii bowling and SingFit, a music singalong program, to help residents pass the time and stay active.

Workers are also passing out pandemic packages, which consist of puzzles, word searches, brain games and riddles that residents can work on independently in their rooms throughout the day.

“Obviously our priority is for their health and well-being as well as their socialization,” Executive Director Audrey Durgin said. “We’re doing everything that we can throughout the day to make sure that the residents do feel connected, that they’re getting interactions with our staff as well as their family and loved ones.”

At Trinity Place, residents have channeled their inner kids while playing with remote controlled cars, having Nerf gun wars and playing Bingo in the hallways, according to its Facebook page.

The facility also introduced its “front porch chat” program where phones have been installed in the chapel area to allow residents to talk to their loved ones who are outside by the window. The phones get wiped down between each call.

“That’s been something that I think is very valuable for the families and for the residents because they really enjoy just being able to have that conversation even though it’s behind the glass window, at least they can see one another and have that connection,” said Stephanie Herrin-Huneycutt, executive director at Trinity Place.

Trinity Place workers also call residents’ families each week to give them updates and allow them opportunities to ask questions.

“We’re trying to keep a regular routine for those folks,” Herrin-Huneycutt said.

Stanly Manor did not respond to a request for comment for this story.

Many people in the community have also been working to help residents at the facilities.

A few weeks ago, neighborhood children brought Easter-themed cards to residents at Spring Arbor, which were posted online.

Nancy and Oren Josey of Norwood have been producing facial masks and distributing them to local groups, including Spring Arbor and Trinity Place.

The Donut Dinette, in downtown Albemarle, has been donating its leftover donuts to local assisted living facilities.

Owner Doug Laxton has been giving between four to six dozen doughnuts twice a week to Beth Plowman, community outreach manager with Hospice of Stanly and the Uwharrie, who then takes them to various facilities in the county, including Trinity Place. Plowman gives the doughnuts to a contact person at each facility, who then distributes them to the residents.

“It’s really nice to be able to share something with the residents and staff of these facilities that might make their day a little brighter,” Plowman said.