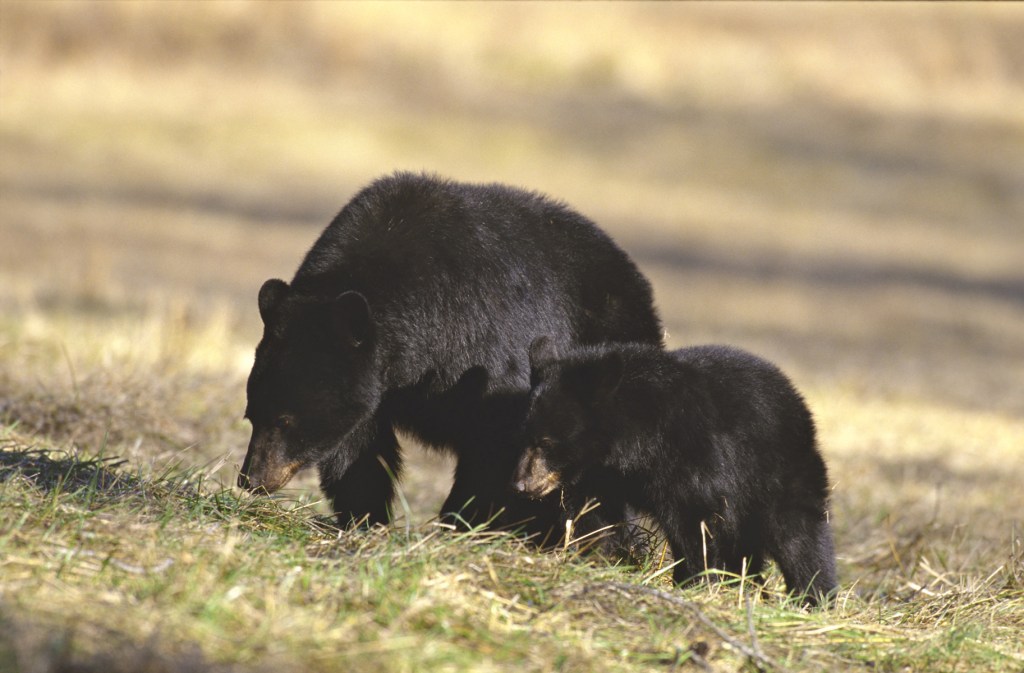 The N.C. Wildlife Commission has released advice on black bears.

As more and more people choose to call North Carolina home, sightings of black bears have become increasingly common throughout the state, with spring being an optimal time to encounter these burly bruins.

In April, black bears are emerging from winter hibernation and may be seen moving through residential areas as they search for food.

With more people staying home due to COVID-19, biologists with the N.C. Wildlife Resources Commission expect more sightings in neighborhoods to occur and are reminding people to be “BearWise” if they encounter a bear.

If left alone, most bears that wander into a neighborhood will quickly retreat to their natural habitat, particularly if no food source is around. While bears are rarely threatening towards people and are, in fact, quite wary of people, biologists say it is important to be cautious and follow the six “BearWise Basics” to prevent potential conflicts and live responsibly with bears.

The first BearWise Basic is the most critical. Never feed or approach a bear — either intentionally or unintentionally. Feeding bears trains them to look for food by approaching homes and people. Bears are particularly attracted to bird seed, hummingbird feeders, garbage and other human-associated foods, like pet food. Bears will defend themselves if a person gets too close, so do not risk your safety or theirs.

Secure food, garbage and recycling. Food and food odors attract bears so don’t reward them with easily available food or garbage. Store bags of trash inside cans in a garage, shed or other secure area; or use garbage cans or trash containers with a secure latching system or that are bear resistant. Place trash outside as late as possible on the morning of trash pick-up — not the night before.

Remove bird feeders when bears are active. Birdseed, other grains and hummingbird feeders have high calorie content making them very attractive to bears.

Clean and store grills. Make sure all grease, fat and food particles are removed, even from the drip tray, after each use. Once the grill is clean, store it in a bear-resistant location, like a garage or shed.

In addition to removing food attractants, residents can:

Install electric fencing, which will protect bee hives, dumpsters, gardens, compost piles and other potential food sources. Find out how to install them at: bearwise.org/bear-safety-tips/keep-bears-out/

If you do encounter a bear, the most important thing to do is leave it alone, according to Colleen Olfenbuttel, the Commission’s black bear and furbearer biologist.

“Don’t try to feed or approach the bear — we can’t stress this enough,” Olfenbuttel said. “Approaching or cornering a bear can unnerve it, perhaps causing it to act defensively.”

North Carolina’s bear populations are concentrated in the mountains and coastal plain, but sightings occur in the Piedmont as well, usually in May, June and July. This is the time when young bears, called transients, are looking for a new home after being pushed away by the adult female as she begins breeding again.

“While these young bears, typically males, may appear to be wandering aimlessly around, they are not necessarily lost,” Olfenbuttel said. “Most are simply exploring their new surroundings and will move on, particularly if they are left alone and there is no food around.”

When Commission staff receive a report of a transient bear in an area, they assess the situation to determine if the bear poses a threat to public safety or property, or if the bear is significantly threatened. In almost all cases, the Commission advises that the best option is a hands-off approach, allowing the bear to leave on its own.

The agency does not trap and relocate bears. If a bear is an actual problem, moving the bear only moves the problem rather than solving the underlying issue.

“Human activities and behavior are usually the cause of the problem and the best solution is to implement the BearWise Basics,” Olfenbuttel said. “There are no remote places to move bears and relocation can be treacherous for the bear, as they are unfamiliar with the new place and where the food resources are. They will often try to return to where they were originally captured, encountering a variety of hazards such as dominant bears, human development, and major roadways in the process.”

For more information about living responsibly with black bears, visit www.ncwildlife.org/bearwise. For more information about black bears in North Carolina, visit ncwildlife.org/bear. For questions regarding bears and other human-wildlife interactions, call the Commission’s N.C. Wildlife Helpline toll-free at 866-318-2401. The call center is currently open Monday through Friday (excluding holidays) from 8 a.m. to 2 p.m.

Due to the COVID-19 virus, the sales counter at the Wildlife Commission’s headquarters in Raleigh is closed. We encourage the public to visit our website, www.ncwildlife.org, to purchase fishing, trapping and hunting licenses and to renew a vessel registration. The Commission’s License, Vessel Registration, and Wildlife Helpline Call Centers are open from 8 a.m. – 2 p.m., Monday-Friday. For the most up-to-date information on agency-related closures, cancellations and postponements visit ncwildlife.org/covid19.