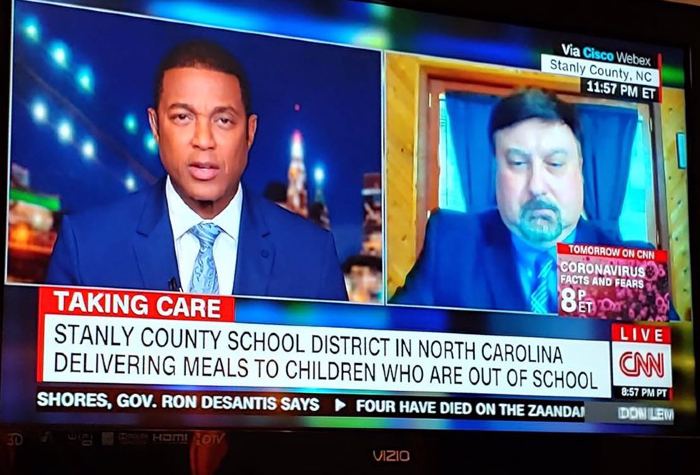 During a called Iredell-Statesville Board of Education meeting Friday afternoon, it was announced that Dr. Jeff James would become the school district’s new superintendent.

James, who has served as Stanly County Schools superintendent since 2018, spoke for a few minutes after the announcement was made.

“It is with great humility and excitement that I accept the challenge to be Iredell-Statesville Schools’ next superintendent,” he said. “In my career, I have learned there are few higher callings than one helping our most precious assets, our students, and helping them find their way in this world.”

He added: “I look forward to a great tenure here and coming back home, it’s been seven years.”

James will assume his role starting July 1. He will replace Brady Johnson, who will retire June 30.

In a comment to the Stanly News and Press, James said that he “considers Stanly my second home. I appreciate all the community has done for me.”

Born in Iredell County, James began his service in the Iredell-Statesville Schools in 1998 as a special education teacher at Statesville High School after 18 years working in the manufacturing business. His past leadership roles included service as the assistant principal at South Iredell High School and principal at Troutman Middle School.

James came to SCS in 2018 after serving several years as assistant superintendent at Montgomery County Schools.

ISS has more than 20,000 students compared to the roughly 8,700 students at Stanly County Schools.

James obtained a Bachelor of Arts degree and MBA from UNC-Charlotte. He also holds a Master of Arts in Teaching from UNC-Charlotte, a Masters of School of Administration from Gardner-Webb University and a Doctorate in Educational Leadership and Cultural Foundations from UNC-Greensboro.