School board to begin search for James’ replacement

With the news that Dr. Jeff James is leaving Stanly County Schools to serve as superintendent of Iredell-Statesville Schools, the school board is having to adjust.

In a letter James sent to the school board on Friday announcing his resignation, he recommended the school system post the new superintendent position the following week, adding that he would “reach out to the aspiring superintendent’s academy and let them know the position is open.” 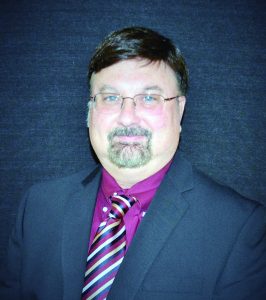 Board Chairman Melvin Poole said the process for hiring a new superintendent is fluid and can take anywhere from a couple of months to six months, “depending on how thorough you want to go.” What most concerns him is that usually by this time in the year, most school systems have already hired superintendents “so you may not have as good of a field to be selecting from.”

Poole said in the next two months, the school system will have to either find James’ replacement or select an interim superintendent because, per state law, “the system cannot operate without someone in that position.”

Though the ongoing coronavirus pandemic, with everyone isolated at home, brings “a little bit of a different twist than normal routine,” Poole is confident the school system will be back in regular operation by the fall.

Since James’ last day isn’t until June 30, he will still be around to help with the upcoming budget and to make sure the school system is on as solid ground as possible.

“I will work diligently till the end and will be a phone call away,” James said in his letter.

James added that “I genuinely consider Stanly my second home.”

For most of the school board members, this will not be their first time dealing with a superintendent vacancy. Poole said the majority of the current members went through the process a few years ago after Bill Josey resigned, which culminated in James’ hiring in 2018. He had served as assistant superintendent at Montgomery County Schools since 2013.

James began his service in the Iredell-Statesville Schools in 1998 as a special education teacher at Statesville High School before teaching business technology at Lake Norman High School. He also served as the assistant principal at South Iredell High School and principal at Troutman Middle School.

Following the news of James’ resignation, board member Ryan McIntyre posted on Facebook that James has been “the best superintendent this county has seen in my lifetime and it’s sad that I have to see him leave.”

Board member Anthony Graves said while he hates to see him go, James provided “a level of stability and optimism within the community around the school system” and put SCS “on a very strong footing upon which to grow.”

In a statement posted on the school system’s website, Poole wrote that James “has been the most knowledgeable on public education issues of any superintendent I have been associated with in my 22 years of service on the local board.”

He added: “I understand when the opportunity comes knocking, one must take advantage of the opportunity, and therefore, on behalf of the Board and community I wish him the best and God’s speed in his new endeavors.”