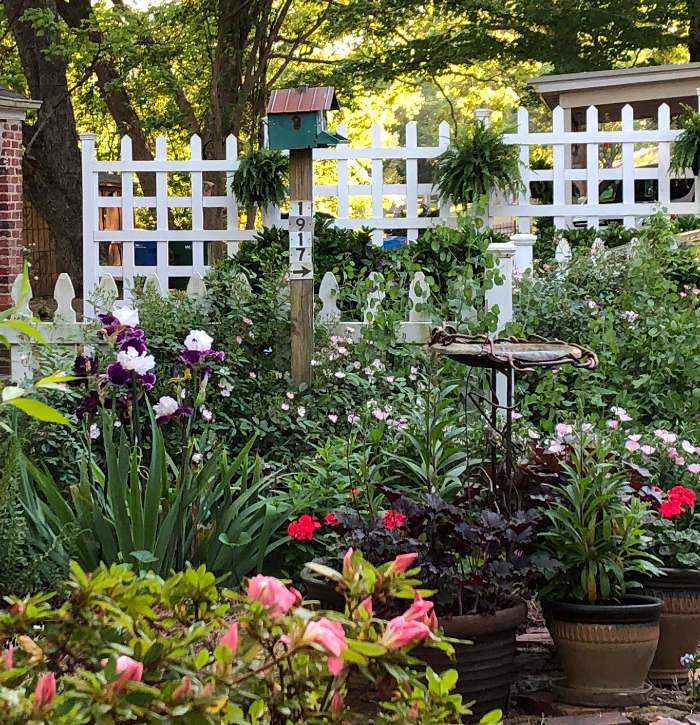 Joyce Lambert has used the time at home to tend to her garden. Photo courtesy of Joyce Lambert.

The 50th anniversary of Earth Day, which was April 22, comes during a global pandemic when most people are isolated and spending the majority of their time at home. While it’s certainly not an ideal time to celebrate such a milestone — with many celebrations and events having been canceled and most local and national parks shuttered — one of the silver linings is that people can still experience nature by simply going outside.

Even under these extraordinary circumstances, people have power to help the planet through actions such as gardening and working to improve their personal yards.

While COVID-19 has affected so many aspects of people’s day-to-day lives, “luckily, you know, you don’t have to have a large group of people to make an impact just in terms of picking up litter and improving your personal environment,” said Lee Snuggs, president of Keep Stanly Beautiful.

“What we’re trying to do is encourage as many people to just get out there and do something on their own,” he said, adding that it could be as simple as taking a trash bag while out walking the neighborhood.

Construction began recently on an information kiosk at YMCA Park which will inform runners and walkers of 11 downtown walking routes. The routes will vary in length and contact to downtown Albemarle.

Snuggs said Keep Stanly Beautiful is trying to team up with a beautification committee with the city to look into the possibility of planting bushes and flowers around certain key areas in Albemarle, including the intersection of Pee Dee Avenue and Main Street in front of Dun-Rite Cleaners.

“If people see a nice area, they will be more apt to take more pride in it and do more to keep it looking good,” he said.

KSB committee member Pat Bramlett encourages people to go outside for a walk and to tend to their yards. She’s seen people posting pictures of their front yards on Facebook.

She and her husband, Albemarle Councilman Chris Bramlett, have used their time at home to clean out an area at the back of their house.

“It is good exercise and it motivates us to get outside to enjoy the fresh air and sunshine,” she said.

Bramlett said a community wide cleanup event scheduled for April 16 at the E.E. Waddell Center will be rescheduled to a later date.

Linda and Lane Peeler of Misenheimer have been spending time gardening while at home. Due to her allergies, Linda spends time planning and identifying which crops are best to grow while Lane does the actual planting. They grow corn, crowder peas, squash, zucchini, green beans and tomatoes.

Linda, who took a Master Gardener course while living in South Carolina, also spends time tending to an herb garden off her back porch.

Albemarle resident Joyce Lambert has enjoyed pruning and refreshing her flower beds while at home. She said her perennials have began to bloom and she has planted new flowers including lavender.

“It’s a good time to be working in the yard,” Lambert said.

She is a member of the Albemarle Downtown Development Corporation’s design committee, which will be updating the hanging plants in the downtown area for the summer season in early May.

Though she wants to regain some normality in her life, she said working in the yard has been a source of comfort and relaxation.

Lambert has also enjoyed walking from her house on Pee Dee Avenue to the square in downtown Albemarle.

By getting outside, “you can really appreciate the beauty of our Earth,” Lambert said.