Tom and Jerry’s closes after more than 45 years 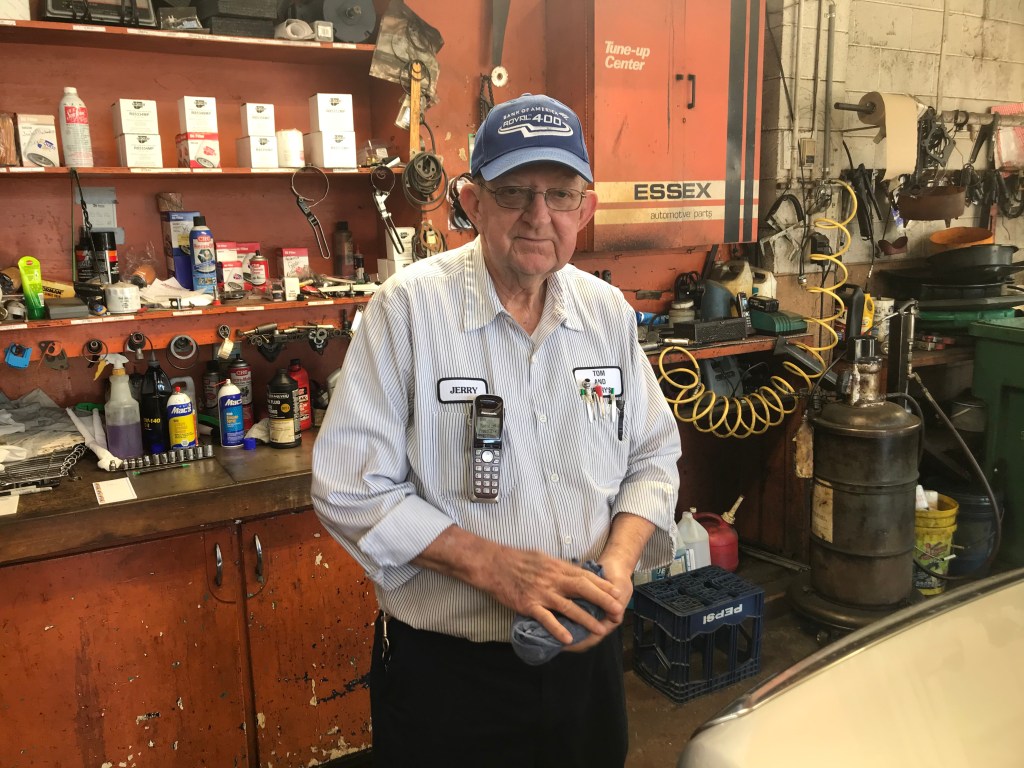 Jerry Smith has been working on cars at his repair shop since 1975, when he first opened Tom and Jerry's in downtown Norwood.

Driving through downtown Norwood, painted images adorned on a white brick building likely catches the eye — the classic animated characters Tom and Jerry, along with the Tasmanian Devil and Tweety add an explosion of color to the area.

Over the years, these images have attracted many people, especially young children, to the location, (158 N. Main St.) which is an automotive repair shop aptly named Tom and Jerry’s. It has functioned as a community touchstone for residents in Norwood and the county for more than 45 years.

Smith originally bought the building in 1975, after spending practically his whole life around cars. He grew up washing cars as a teenager at the old Exxon station, that’s currently Dick’s Muffler Shop, and spent many years working at a repair shop beside the ABC Store. He also served a two-year stint in the Army, including time in Germany.

“All I’ve ever done is mess with cars,” he recalls, looking back on his life. He even got his family involved. His son Jeremy works with him at the shop.

He opened his garage along with his business partner Tommy Diggs. After Diggs passed away in 2002, Smith had an artist come out and create the now-famous images on the building, in memory of Diggs and for his three young children. 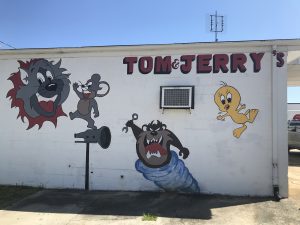 The images of classic cartoon characters, including Tom and Jerry, on the side of the building have made Tom and Jerry’s iconic throughout the community.

Smith was dedicated to his job. He regularly came into the shop around 3 a.m. to work on cars, even though Tom and Jerry’s didn’t officially open until 7 a.m. He jokes that he takes a nap “every now and then” in the morning in between his time working on the cars.

Tom and Jerry’s dealt with any automotive issue customers may have — from problems with the brakes, motor and transmission, to working on water leaks and changing oil.

“I always tell them we’ll do anything you can get us to do,” Smith says.

But what sets the business apart is Smith’s relationships with his customers that he’s formed over the many decades he’s been in business.

“I always said I had the best customers in the world and I still believe that,” he says.

Aside from the business side of Tom and Jerry’s, it was also a popular community gathering place. When he’s not working on cars, Smith was likely talking to people — customers who became friends and friends who became customers. 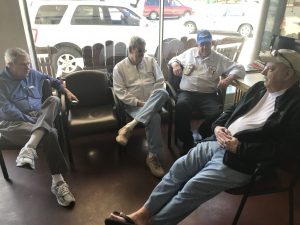 “It’s always been a good place to go and to get good work,” said Norwood resident Jack Reid, a customer and friend of Smith’s who enjoys hanging around the garage.

Tommy Swaringen, another customer and friend of Smith’s, says it’s critical to have local gathering places in towns like Norwood.

“The best way to learn anything about a community is to go out to a local gathering place and just sit around and listen,” he said. “You’ll learn about people, you’ll learn about what’s going on in the community and what you need to do.”

Smith is a trusted and valuable member of the town, thanks to his many decades of reliable service.

“There’s some people you can depend on and rely on and when they tell you something, you know it’s going to happen,” Swaringen said.

When asked how he wants his time at Tom and Jerry’s to be remembered, Smith gave a simple answer: “I hope they think I did pretty good, I tried to, to be honest. I tried to treat customers right, that’s the main thing.”

As for what he plans to do once he retires?

“My wife’s got plenty of things lined up for me to do,” Smith joked.