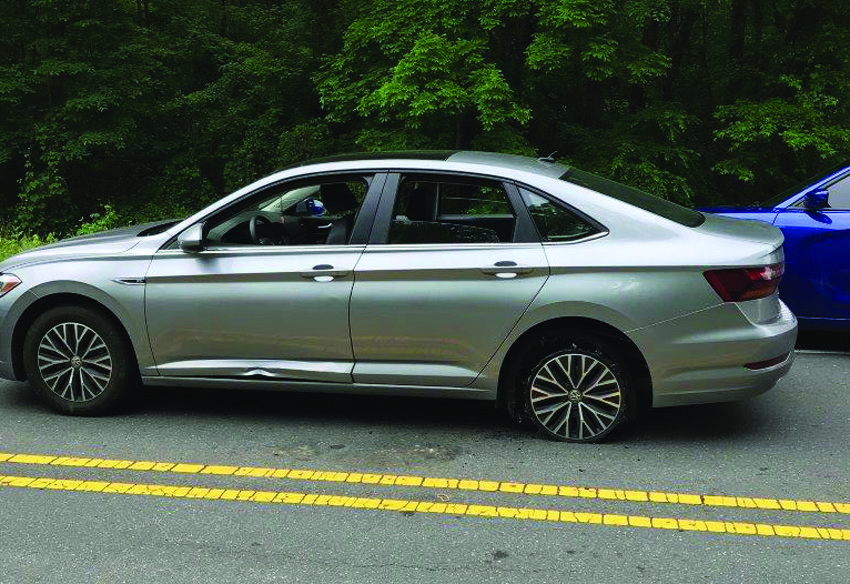 The vehicle involved in a chase involving Stanly and Rowan County Sheriff's deputies.

A man was jailed under a $2 million bond Tuesday following an incident that involved him dragging a Rowan County Sheriff’s deputy with his car, running over a second deputy’s foot and nearly hitting a Stanly County deputy with his car after telling deputies that he was tired of staying at home during the COVID-19 outbreak. 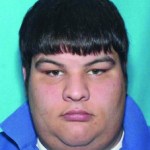 While deputies conducted traffic control in the 11000 block of Bringle Ferry Road, an individual came out of his residence and began behaving erratically, drawing the attention of two sheriff’s deputies. A news release said the deputies believed the individual might be having mental issues or impaired.

The person, later identified as Ferendinos, drove down his driveway in a silver 2019 Volkswagen Jetta SEL to a mailbox. He got out of the car and began singing, making hand gestures towards the two deputies and then dropped his pants, displaying his butt.

Ferendinos then returned to his vehicle and began backing up in the driveway, at which time Sgt. Jagger Naves and Master Deputy Dalton Miller stopped him.

When questioned by deputies about his actions, Ferendinos complained that he had been cooped up for 30 days due to the pandemic and apologized for his behavior.

A news release said deputies attempted to get information from Ferendinos to call a family member about the incident but were unsuccessful. Ferendinos made repeated attempts to get back into the car to retrieve an item, which led to a physical confrontation with the two deputies.
Naves and Miller used a Taser to get Ferendinos under control but were unsuccessful. A news release said Ferendinos was able to get into the driver’s seat of the Jetta with the two deputies stuck between the open driver’s door and the driver’s seat.

According to the Rowan sheriff’s office, Ferendinos began backing up his vehicle again. Miller was dragged 60 feet on his back and hit his head on the driveway, knocking him unconscious. Naves’ foot was injured when Ferendinos ran over his foot with the vehicle. 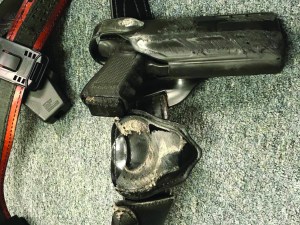 Stanly and Rowan deputies who were at the other crime scene saw the ongoing incident and responded. A Stanly County deputy was nearly struck by the Jetta as it was fleeing the front yard of the residence. A news release said the deputy discharged his service weapon and struck the left rear tire of the Jetta. The Jetta then traveled approximately 3.5 miles east on Bringle Ferry Road into Davidson County, where it was stopped by Stanly and Rowan deputies.

The left rear tire of the Jetta was shredded, a news release said. During the pursuit, Ferendinos allegedly tossed marijuana drug paraphernalia and other items out of the vehicle, some of which were recovered by deputies.

Naves and Miller were both taken to Novant Health Rowan Medical Center for treatment of their injuries. Naves was released, while Miller is still being evaluated for a head injury.