‘Life pumped the brakes on me’: Unemployment hits hard for people in Stanly 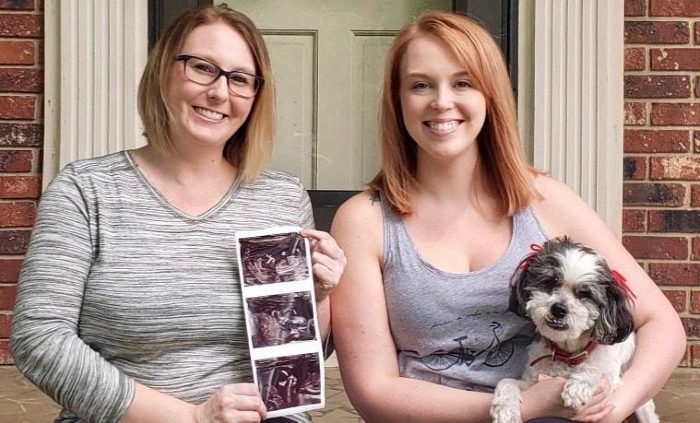 Bethany Ross holds pictures of her ultrasound with her sister Amanda. Photo courtesy of Bethany Ross.

When Bethany Ross first started work as a licensed massage therapist at Head to Toe Day Spa and Salon in Wilmington last May, she felt quite confident.

“I thought if I can make this kind of money all year long, I’m going to be set,” she said.

And in late January, she received even more good news. After struggling with infertility her entire adult life, Ross, who is 34, discovered she was pregnant.

Her happiness was short-lived and her world changed once the coronavirus pandemic emerged. Ross is now living with her parents in her hometown of Albemarle. She is also unemployed after filing her claim a few days after coming home in mid-March. She had been away from the city for the past nine years.

“It’s insane,” she said. “I’m already on this huge rollercoaster of emotion.”

She added that she is experiencing “typical mother-to-be feelings but it’s heightened by like 1,000.”

She has received the $1,200 federal stimulus check. Ross is also receiving $600 a week thanks to the federal stimulus package passed by Congress along with state unemployment benefits, which have all helped, but represent nothing close to the financial stability she had accrued with her job in Wilmington.

Worse than being unemployed though is the ever-present fear and anxiety that Ross, an Albemarle High alumna, experiences on a daily basis.

“Only 4 months into my, already high risk, pregnancy I now have to worry about simply leaving my house for necessities!” she wrote in a post on the Stanly News & Press’ Facebook page. “I am afraid to do ANYTHING or go ANYWHERE for risk of the health and safety of my child.”

To compound matters, Ross also has an autoimmune disorder, making her even more at-risk of possibly contracting the virus. Aside from short walks in the neighborhood with her family, she has only left the house to go to the doctor, each time wearing a mask.

“I’m super scared to even do that,” she said.

But she’s not alone in her fears. Many people are scared of the virus which has already infected 12,758 people in North Carolina and resulted in the deaths of 477 people as of Wednesday. Stanly, which has performed approximately 1092 tests, has 30 confirmed cases with four deaths, according to the health department. More than 1 million people in the state have filed for unemployment since March 15, according to data from the state’s Department of Commerce.

The unemployment rate for Stanly for the month of March was 4.3 percent (1,279 people), an increase from the 3.7 percent (1,129 people) in February, according to Department of Commerce data. Of the 1,724 total unemployment insurance claims filed in March, 1,416 were COVID-19-related.

The state is slowly reopening as part of Gov. Roy Cooper’s three-phase plan.

Numerous restaurants and other businesses, such as barbershops and salons, in Stanly County have been closed for more than a month and some likely will not be able to wait several additional weeks or months before reopening.

While citizens have done a good job following the social distancing guidelines, “folks are hurting and we need to get people back to work,” County Manager Andy Lucas said. “We’re concerned for our economy and we certainly hope the stay-at-home order doesn’t get extended beyond May 8.”

Last month, the Stanly County Board of Commissioners approved the drafting of a letter to Cooper to allow local boards to be able to open up businesses. N.C. Rep. Wayne Sasser (R-Stanly) also believes counties should have the authority to decide when to reopen.

The ripple effects of the pandemic will likely have an impact on the county for years to come.

Susanne Boles owns Cut ‘N Style hair salon in Albemarle but is now unemployed, as are two hair stylists that work for her.

Boles, who is originally from Germany, has received no unemployment benefits from either the state or the federal government, which has made it hard for her to pay her rent and power bills for her salon. Luckily for Boles, her husband Alvie, a truck driver for a company in New London, has been able to continue working.

She said she’s getting cabin fever spending all her time at home. She only leaves the house to go grocery shopping once a week and to walk her dog. She also gets calls from customers asking for haircuts.

While she is well aware of the safety risks of reopening society, she desperately wants to return to work.

“This is my livelihood,” she said about cutting hair, which she’s done for 40 years. “I don’t know how to do anything else.” 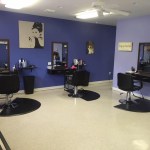 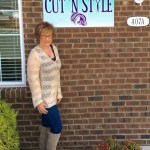 Even when she reopens the salon, Boles, 55, understands many of her customers likely won’t initially return out of fear of infection.

Boles has also been caught between wanting to reopen while also valuing her and her customers’ health and safety. But ultimately she wants to get back to work.

“I know some people say, ‘We’re all in the same boat, but I say ‘No.’ We’re all dealing with the same situation but I’m in a different boat than you are.”

Sabrina Shaw, who lives in Montgomery, understands Boles’ sentiment, since she is also a hair stylist now recently unemployed. She lost her job at Superior Hair Design in Albemarle on March 25. Though she has filed for unemployment, like Boles, she hasn’t received any benefits.

She has felt “a big ball of emotions” during her time away from her job. But she has stayed busy caring for her three young children and spending time remodeling her new home in Stanly while prepping her old house to be sold.

Although she knows people who have been infected, including one person who died, Shaw is not afraid of the virus.

“I refuse to scare my kids and live my life in fear over something that I really do not believe is any worse than a lot of other things,” she said. 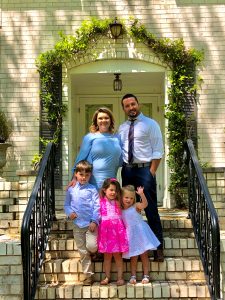 Sabrina Shaw with her husband Gil and her children Elliott, Fritzi and Andie. Photo courtesy of Sabrina Shaw.

It’s a struggle each day for Ross to navigate her new life, which is filled with so many unknowns and emotional highs and lows. She cries regularly and has no clear idea what her future holds — something that seemed foreign a few months ago.

“I’m so excited to be a mom and I’m so excited for this new career, and now it’s just — life pumped the brakes on me,” she said, noting that now she’s simply “just gliding and waiting.”

Even if the virus does largely disappear in the summer and the country slowly reopens, Ross is worried it will reappear in the fall when she is due to give birth.

But she is not alone in dealing with the crisis. In addition to her parents, her sister Amanda, who was working as a barber in Virginia Beach, Va., is also at home. Ross spends her days playing games and watching movies with her family. She has also been reconnecting with childhood friends.

While housebound, she has been tapping into her creative side, spending time painting and making masks for people on the frontlines, which helps to offset much of the anger that she feels about her situation and the virus.

Ross hopes she can eventually return to her job in Wilmington, though she has no timetable on when that would happen. She plans to remain in Albemarle until at least October, when she is scheduled to give birth.

She doesn’t want to give up her position at the spa, but she, like so many people, has been caught between two conflicting choices that play out in real time every day.

“I’m really torn between my safety and my health and the health of my child versus my career,” she said.