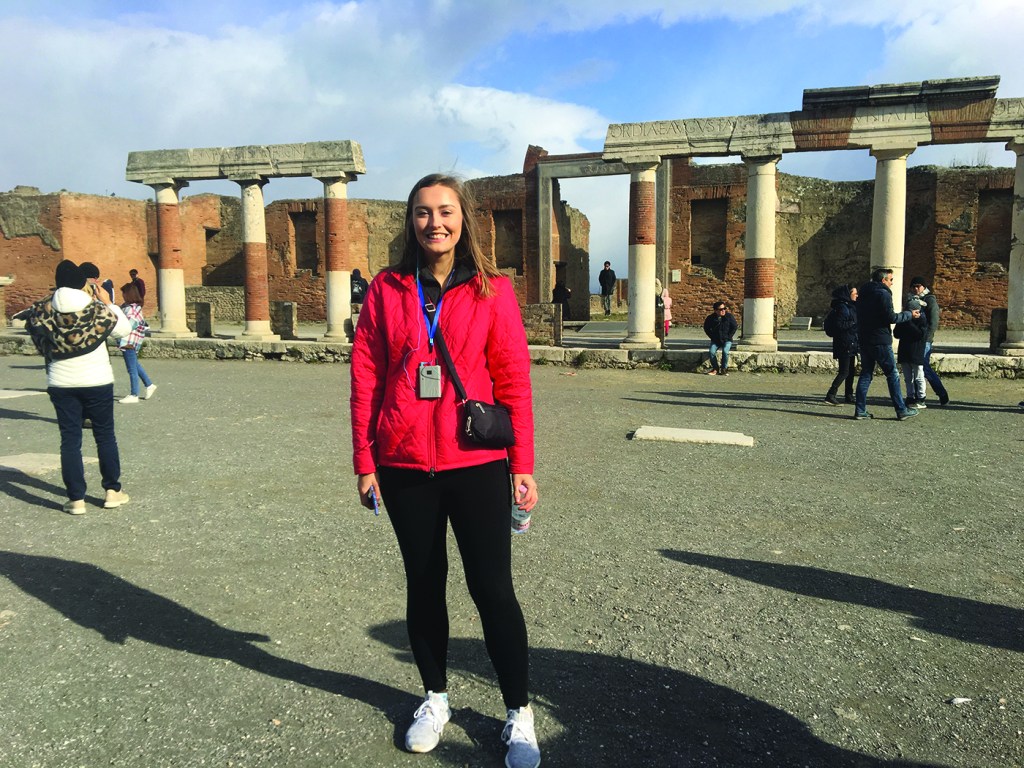 Bailey Freeburn was part of Assistant Religion Professor Christy Cobb’s W’International class that went to Italy in 2018. She is shown here in Pompeii.

Bailey Freeburn came to Wingate University as an accounting major.

She finished this spring with a degree in religious studies and this fall is headed to the School of Divinity at Yale University on a full scholarship to pursue a master’s in religion.

“As soon as I was introduced to the wide range of interpretation of religious texts, I knew that this is what I wanted to do,” says Freeburn, part of Wingate’s Honors Program. “My interest is in early Christianity and the influence of Greco-Roman culture on its development.”

She says Global Perspectives in Scripture, a required core-curriculum course at Wingate, piqued her interest, which was further kindled by an elective on the Gospel of John.
Growing up in a Christian family and attending a private Christian grade school, Freeburn still had a lot of questions about faith through her high school years.

A resident of Locust, she graduated from Gray Stone Day School in Misenheimer.

“My questions started to be answered when I started exploring more on my own, navigating my own thoughts about religion and looking at how other people thought about it, too,” she says. 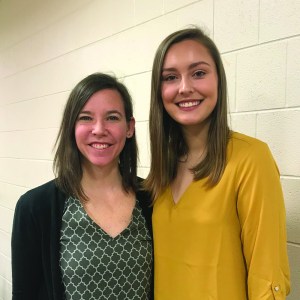 Her experience is not unique at Wingate, where adherents to the University’s Faith, Knowledge, Service motto challenge students not to rely on any “borrowed” belief system, but to dig deeper. Assistant Religion Professor Christy Cobb was an integral part of Freeburn’s journey.

“Bailey began working with me closely in her second year at Wingate,” Cobb says. “She took upper-level classes in religion with me, and I noticed her potential right away.”

Freeburn was part of Cobb’s W’International class that went to Italy in 2018.

“While there, we talked more and even visited a few churches and sites during free time,” Cobb says. “I encouraged her to submit papers to present at conferences and publish a paper in the Wingate Research Review.”

“My relationships with faculty mentors have been one of my greatest advantages in applying to graduate schools,” Freeburn says.

A conversation one day after an honors class Cobb was teaching on the Bible and Margaret Atwood’s dystopian novel “The Handmaid’s Tale” led Cobb and Freeburn to write an academic blog together. Their work was published in Feminist Studies in Religion.

Freeburn says that support and guidance from faculty members set the tone for her college experience and that her success would have been more difficult to achieve at a larger, less personal university. She was able to present her research at the South East Conference for the Study of Religion (SECSOR), the National Conference on Undergraduate Research (NCUR) and the North Carolina Religious Studies Association (NCSA).

When Freeburn began considering grad school, Cobb suggested she make a list of universities she’d like to attend and was surprised when it didn’t include any Ivy League schools.

“Bailey is such an excellent student and is so well-prepared for graduate school,” Cobb says. “I told her that I believed she would be an excellent candidate for programs like the ones at Yale and Harvard. Then, she was accepted to both and received a full scholarship to Yale.”

Freeburn believes her conference-presentation experience, two publications and concentrated research focus enhanced her application for graduate school, as did her ambition and drive.

She’ll pursue the New Testament concentration of Yale’s two-year program and envisions herself eventually completing a PhD and teaching and researching at a university.

Cobb won’t be surprised when that happens.

“It has been an honor to teach and work with Bailey,” she says. “I hope that we continue to research together even as she continues her career at Yale Divinity School.”

And as for that accounting major she set out to get her freshman year?

Even as she pored over religious texts, Freeburn didn’t give up her love of numbers. She wound up double-majoring and will graduate with a bachelor of science in business math, in addition to her degree in religious studies.