Man charged with death by distribution

The Stanly County Sheriff’s Office has arrested a man on a charge of death by distribution.

The aggravated death by distribution charge of Lacharles Anthonyo Clark comes after officers found Paul Allen Curry dead at 29770 Tiffany Woods Road in Richfield on May 12. 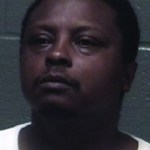 Curry appears to have died of a narcotics overdose, according to the sheriff’s office. Detectives obtained a warrant and arrested Clark May 14.

His initial court appearance is scheduled for June 1.

This charge stems from the new legislation NCGS 14-18.4 Death by Distribution which took effect Dec. 1, 2019. This allows for subjects distributing specific narcotics resulting in the deaths of the user to be prosecuted for those deaths.

Sheriff Jeff Crisco says he will use this new law as a tool to fight against the distribution of narcotics during the opioid epidemic.