Two charges of death by distribution have been made following an overdose death.

Officers with the Albemarle Police Department responded to a cardiac arrest call at 225 Wilson St. at 1:10 a.m. April 26. Albemarle Fire and Stanly County EMS also arrived on the scene.

The patient, a 40-year-old male, was pronounced dead on the scene. Upon investigation, it was determined to be an overdose.

After an investigation, detectives issued warrants for the arrest of Sandy D. Peek and Rose M. Thomas of Albemarle. 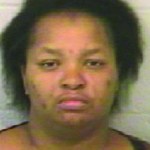 Thomas was charged death by distribution, second degree murder by distribution of drugs, two counts of sell and deliver schedule II, possession with intent to 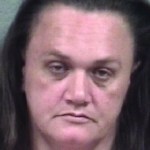 sell and deliver schedule II and three counts of trafficking opium or heroin.

Both were transported to the Stanly County Jail and received a $1 million secured bond. Both parties have their first scheduled court appearances on June 1.