A man has been arrested in the murder of an Albemarle man on April 3.

Officers responded to the area of Arey Avenue and Lundix Street in reference to a shots fired call. A short while later, a gunshot victim was discovered behind the residence of 504 Arey Avenue. EMS arrived on the scene but the victim succumbed to his injuries.

The victim was identified as 27-year-old Sylvester Corey Maske of Albemarle.

Upon investigation and with the assistance of the State Bureau of Investigation and the Stanly
County Sheriff’s Office, detectives issued a warrant for the arrest of Michael Thomas Allen, 34, of Albemarle, in the homicide. Allen is currently being held on other charges. 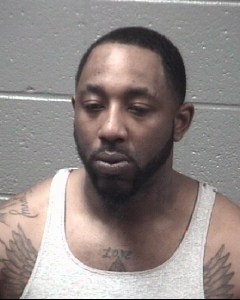 Michael Thomas Allen was arrested for the killing of Sylvester Corey Maske in Albemarle.