Stanly County will receive more than $1.2 million as part of the federal government’s Coronavirus Aid, Relief, and Economic Security (CARES) Act, which was passed by Congress and signed by President Trump in March.

The state has received $4 billion from the federal government to help mitigate the effects of the coronavirus pandemic, according to North Carolina State Treasurer Dale Folwell.

Folwell said the money allocated for Stanly County hasn’t yet been appropriated. 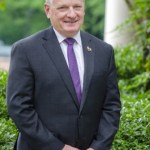 County Manager Andy Lucas said the county applied for financial assistance in early May and he expects to receive the money in one lump sum sometime before the end of June. The funds are for “unbudgeted COVID-19-related expenditures that were incurred or will be incurred between March 1 of 2020 and December 30 of 2020,” Lucas said.

With the virus having infected more than 19,000 people in the state (along with more than 600 deaths) and with more than a million residents having filed for unemployment, Folwell said people “do not care what political party a person is a member of, they just want their problem solved.”

He acknowledged the virus has impacted certain parts of the state, such as urban areas like Charlotte and Raleigh, harder than others, like many rural areas.

“We’re all working together, but we’re in different boats,” he said, adding that Stanly County “is in a different boat” than Asheville.

Folwell is also concerned residents could travel to local states like South Carolina and Georgia, which offer limited in-service dining and have allowed hair salons, barbershops and gyms to reopen, and “none of that sales tax would be coming to North Carolina.”

Folwell, who is charge of the state’s $100 billion pension fund that provides retirement benefits for more than 900,000 public workers, said the state’s pension plan is down only 3 percent this year, which he called “remarkable” compared to other state’s plans.

“We’re down significantly less than any pension plan that I’m aware of in the world,” Folwell said, crediting the conservative nature with which the fund has been managed for the past 50 years.

The pandemic, along with any crisis or hardship that has befallen the state, creates more economic inequality in the state, especially for people in lower income areas.

Folwell said the pandemic has “destroyed the upward mobility and the joyous achievement that North Carolinians were experiencing just two months ago.”

He has a personal perspective when speaking about the pandemic. He tested positive for coronavirus a few weeks ago, which he called a “really intense process” that resulted in him being hospitalized for nearly a week.

He has now recovered.

“It makes you think more deeply about the fact that if you’ve got somebody to love and family and friends and something to do and something to look forward to, that’s really all you need,” he said.

Folwell, a Republican who was elected treasurer in 2016 after serving four terms in the House of Representatives including one term as Speaker Pro Tempore, is running for reelection in November or, as he put it, “reapplying for the job.”

He easily won in Stanly County in 2016, receiving roughly 72 percent of the vote against Democratic opponent Dan Blue III. He was previously head of the state’s Division of Employment Security.

Folwell’s opponent in the November election will be Ronnie Chatterji.