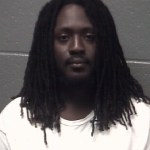 William Webster Cagle, 27, a resident of Albemarle, pled guilty on Jan. 9, to one count of possession of a firearm by a previously convicted felon. On May 18, Cagle was sentenced by Osteen to 28 months of imprisonment, followed by three years of supervised release, including one year of home detention.

Kaundre Tyree Charles McKillian, 26, a resident of Albemarle, pled guilty on Jan. 9, to one count of possession of a firearm by a previously convicted felon. On May 26, McKillian was sentenced by Osteen to 44 months of imprisonment, followed by three years of supervised release, including 90 days with a curfew and location monitoring.

On March 27, 2019, law enforcement officers with the Stanly County Narcotic Task Force
met and executed a search warrant at Cagle’s residence on Leonard Avenue in Albemarle. 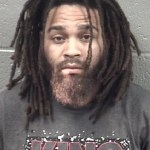 Cagle and McKillian were located within the home during the search and each was found in possession of a handgun. Cagle possessed a Springfield Armory, model XD9, 9mm handgun, which had been reported stolen out of Denver, N.C., as well as approximately 10 grams of marijuana. McKillian also possessed a separate Springfield Armory, model XD9, 9mm handgun. B

oth Cagle and McKillian had previously been convicted of felony offenses.

McKillian was convicted of felony conspiracy to commit robbery with a dangerous weapon and felony common law robbery on July 18, 2012, and felony larceny on Jan. 21, 2016, in Stanly County Superior Court. 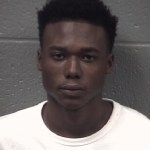 Rakeem Johnta’ Baldwin, 23, a resident of Mount Gilead, pled guilty on Jan. 9 to one count of possession with intent to distribute 50 grams or more of methamphetamine. On May 28, Baldwin was sentenced by Osteen to 120 months of imprisonment, followed by five years of supervised release.

On April 11, 2019, detectives with the Albemarle Police Department, using a confidential
informant, conducted a “buy-bust” operation on Baldwin for two ounces of methamphetamine (approximately 56.7 grams). Officers with the Stanly County Narcotics Task Force assisted by providing surveillance around an ABC Store in Albemarle, where the drug transaction was to occur.

Baldwin arrived in a Nissan passenger car and was identified by the confidential informant. Officers closed in on Baldwin and he attempted to run from the car.

These cases were investigated by Homeland Security Investigations, the Albemarle Police
Department and the Stanly County Sheriff’s Office, with assistance from the Bureau of Alcohol Tobacco, Firearms, and Explosives, and the U.S. Customs and Border Protection Laboratories and Scientific Services Directorate. The cases were prosecuted by Assistant United States Attorney Craig M. Principe for the Middle District of North Carolina.