A third person has been arrested in the homicide investigation of Albemarle resident Tristan Edward Crump. 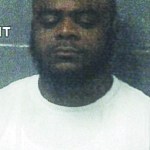 Watkins is in Stanly County jail without a bond and was located by efforts between the Stanly County Probation Office and the United States Marshal’s Service. His next court appearance will be June 8.

The felony murder charges stem from a Feb. 8 incident where Crump was shot at 1004 Henry Jay St. and died from his injuries at the hospital.

Two other individuals, Donte Jamal Langhorne-Hagins of Hampton, Va., and Devaunte Daiquon Collins of Badin, have previously been arrested in connection with the Feb. 8 incident.

In a press release, Albemarle Police stated investigators continue to look for additional clues. Anyone with information may leave an anonymous tip at 704-984-9511.